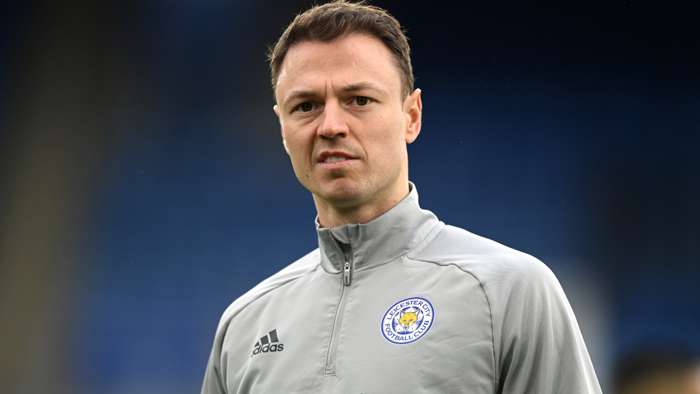 Solskjaer was still a Unitedplayer when the Northern Ireland defender was a prized prospect in theclubs academy, making his senior debut in 2007.

Evans played more than 200 games for United before he was sold to West Brom in 2015 for £8 million, eventually joining Leicester in 2018.

“You know, Jonny Evans should have been aManchester Unitedplayer now, of course,"Solskjaer said ahead of his sides FA Cup quarter-final against Leicester on Sunday.

"But sometimes football takes you other places when changes in management happen.

“So it is a pleasure to see him playing as well as he does and we just have to move on.

"But of course, local lads – I call them local lads, you know what I mean – we want to build our next youth team on players like Jonny Evans, if you like.

“With Mason Greenwood, Scott McTominay and Dean Henderson and all of the lads, added on with top quality players of course.”

Evans has been one of the Premier Leagues most dependable centre-backs since leaving United in 2015, making Louis van Gaals decision to sell him on the cheap appear misguided.

Uniteds massive outlays on transfer fees for central defenders since Evans left only serves to underline that error, as Harry Maguire,Eric Bailly and Victor Lindelof have cost a combined £144m ($200m).

Maguire has established himself as a clear starter in the heart of Uniteds defence, but there is plenty of talk thatSolskjaers side could spend big on another defender this summer.

Its not all about goals - Greenwood defends Man Utd form