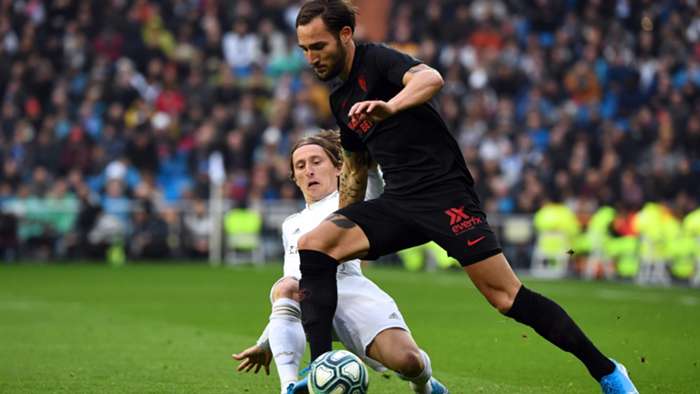 Sevilla have confirmed a member of their first-team squad has tested positive for coronavirus, later revealed to be Serbia international Nemanja Gudelj.

Gudelj, who chose to waive anonymity in order to send a message to fans on Wednesday,is asymptomatic and self-isolating at home, though the club immediately suspended training sessions.

"Good afternoon everybody, after confirming my positive Covid-19 test I want to tell you all that I am perfectly fine, I have no symptoms," the former Ajax midfielder explained in a video released on his official Twitter page.

"I hope to be back with my team-mates soon and help the club reach its goals at the end of this season.

"Thanks for all your messages of support, we are still here training and we'll see you soon."

Two further tests have since been carried out on the rest of the squad and the coaching staff.

While the first batch of tests all came back negative, Sevilla do not expect the results of the second round to be known until Thursday.

Should there be no further positive results among the side's squad and employees, Sevilla plan to return to individual training – with "all the applicable measures" in place – on Thursday.

Sevilla concluded their La Liga campaign with a 1-0 win over Valencia on July 19 to finish fourth, but their Europa League commitments resume against Roma on August 6.

The Andalucians are one of a string of sides in Spain who have seen their plans disrupted by a fresh outbreak of the virus, which has led the United Kingdom to issue travel restrictions in recent days.