Sane: I had a mini Guardiola in my ear telling me what to do at Man City! 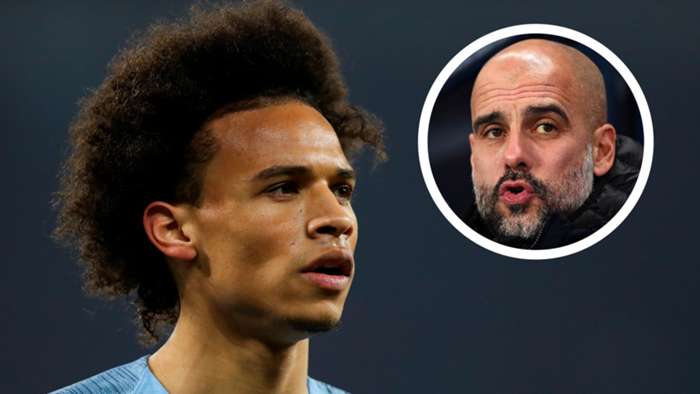 Leroy Sane says Pep Guardiola spent so much time trying to improve him as a player, he ended up with ‘a little man in my ear’ telling him what to do on the pitch.

Sane scored 39 goals in 135 games during his time at City, developing into one of the most dangerous wide players in the Premier League.

“Pep and I had a good relationship,” Sane told Der Spiegel.

The winger actually used to live in the same building as Guardiola in Manchester, along with David Silva and Ilkay Gundogan, but he didn’t feel any extra pressure on his personal life as a result.

"I saw Pep's family in the building more often than Pep himself," Sane said."He wasn't standing at the window waiting for us to come home in the evening to check on us! I thought it was great to live so close to my colleagues. It was a good neighbourhood.

"He raised me to a completely new level. Mainly by working on little things: with which foot do I take the ball in which situation and how? What is the best action to open the space?

“Other coaches tell you that too, but he really did it every day until I did at some point have a little man in my ear with his voice that told me what to do when and how.”

When asked what exactly is special about Guardiola, Sane replied: “That he doesn't stop when he sees that you've improved.

“He'll find something new to work on with you tirelessly. If I hadn't moved to Manchester, I probably wouldn't have reached that level."

Sane got his long-awaited move back to the Bundesliga with Bayern Munich over the summer, but things haven’t gone quite as he would have hoped so far.

He started with a goal and two assists in an 8-0 thrashing of Schalke on the opening day of the season, but his form has been up and down since then.

Recently, he was taken off just 36 minutes after being brought on as a substitute in a 2-1 win over Bayer Leverkusen.

"When I saw my number on the substitution board, I knew there would be discussions about me,” Sane admitted. “When someone like Thomas Muller stands up for you so strongly in front of the TV cameras, this shows you that the team accepts you.