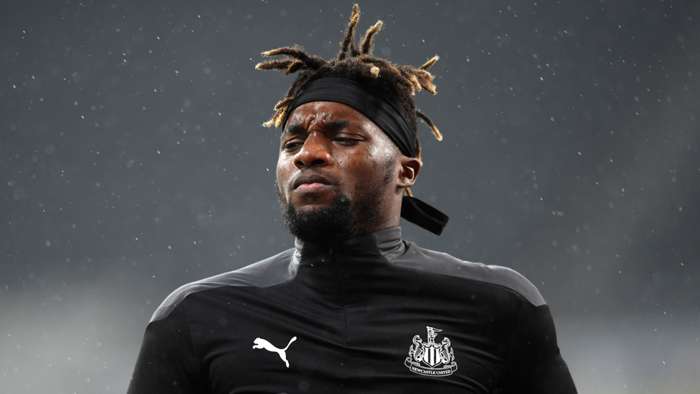 Newcastle have tiedAllan Saint-Maximin to a new deal that will run to 2026.

The Frenchman has had a bright start to the new season, most notablyscoring one and setting up another as the Magpies beat Burnley 3-1 on October 3.

His performance against Sean Dyche's team prompted his manager to hail him as a "maverick", adding: "He’s different, unique, a wonderful footballer and skills as good as I’ve worked with."

The former Monaco and Saint-Etienne player feels he has settled in well at the club and is feeling the love from his team-mates as well as the fans.

"I've played for a lot of clubs - Monaco, Nice, in Germany, but Newcastle, I feel like it's my home," he told the club's website.

"The supporters give me a lot of love, the coach too, and my partners on the pitch.

"Everybody gives me love and when you have this, I feel it's my home and I hope this stays my home for a long time.

"Every club I'd been before, the fans loved me - but not like the Newcastle fans. That's really important, because for me, you have the football and everything, but you have the human and they give me something different.

"So if I can give back to the supporters and to the club with a new deal, I'm really happy."

"I'm sure the supporters will be delighted with the news. He's had an introduction now to what life in the Premier League is like and with Allan, the world is at his feet. He can go as far as he wants to go, because he's got the talent to do it."