Rooney 'angry and disappointed' after visit by coronavirus-infected friend 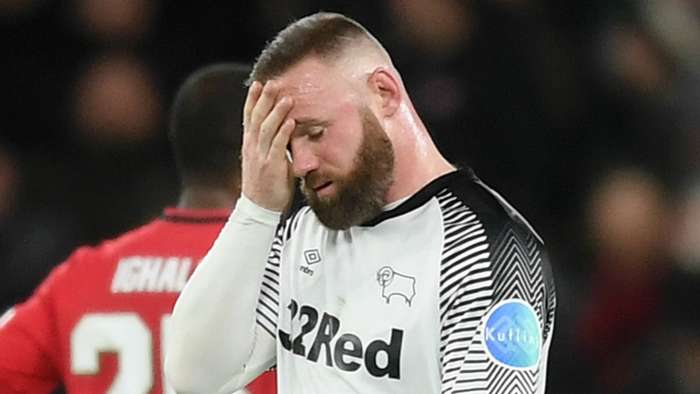 Wayne Rooney is "angry and disappointed" after he was put in danger of contracting Covid-19 when he was visited by a friend who was infected with coronavirus.

Rooney was not aware that Bardsley was violating government and NHS protocol andwent on to play the full 90 minutes as Derby lost to Watford in Friday's Championship match.

The player-coach had to have an emergency test on Saturday night and a spokesman told The Sunhe would not have allowed the visit had he known Bardsley had been contacted by Test and Trace.

“Wayne was not told by Josh or anyone else before or during that visit that Josh had been told to take a coronavirus test.

“Had he known Josh had been contacted by Track and Trace or had tested positive he would have refused to have seen him.

“Wayne is angry and disappointed that he, his family and his club have been put in this position by someone acting secretly and in breach of government and NHS guidelines. He is now taking a coronavirus test as a result of his contact with Josh.”

Derby reacted to the news by assuringthat they are following government advice in the face of the pandemic.

"Derby County Football Club is aware of a report in a national newspaper relating to a member of the club’s playing squad being in contact with an individual which has tested positive for Covid-19," a statement on the Rams' website read.

"On being made aware of this news the club has ensured that the appropriate measures were taken in line with strict EFL Covid-19 protocols and UK Government guidelines, which the club is operating under.