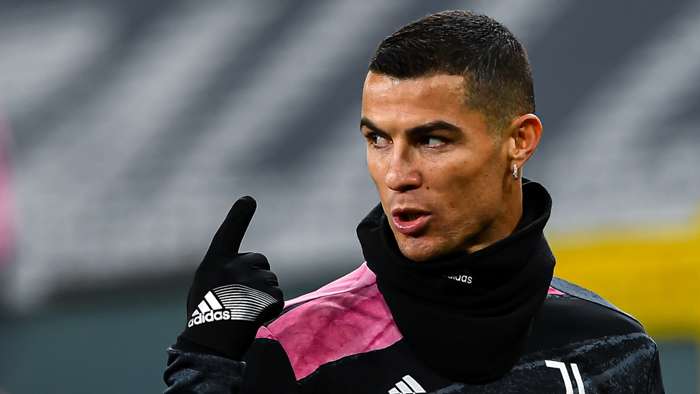 Cristiano Ronaldo was presented with a commemorative ‘G.O.A.T 770’ shirt by Juventus chairman Andrea Agnelli to celebrate his 770th career goal.

Ronaldo scored a hat-trick in last weekend’s 3-1 win at Cagliari to move clear of Pele’s disputed record of 767 career goals.

The murky world of historical football statistics means the games greatest goalscorer remains disputed - Josef Bican is recorded to have scored 805 goals between the 1930s and 1950s, while some sources count Peles tally at over 1200 - but surpassing the Brazilians widely recognised count of 767 was an achievement worth marking.

The majority of Ronaldos goals came for Real Madrid, as he became their all-time leading goalscorer with 450 for the club.

He had previously scored 118 for Manchester United and had 95 to his name for Juventus prior to their game with Benevento on Sunday.

Ronaldo has also scored 102 goals for Portugal, and is closing in on the Iranian Ali Daeis record of 109 - the most ever in mens international football.

Ronaldo made clear his admiration for Pele in a post on Instagram: “The last few weeks were filled with news and stats considering me the world’s top scorer in football history, overcoming Pele’s 757 official goals,” he wrote.

"Although I’m thankful for that recognition, now it’s time for me to explain why I didn’t acknowledge that record until this moment.

“My everlasting and unconditional admiration [for Pele] led me to take into account his 767 score, assuming his nine goals for Sao Paulo State Team, as well as his single goal for the Brazilian Military Team, as official goals.

“The world has changed since then and football has changed as well, but this doesn’t mean that we can just erase history.”

Pele responded with an Instagram post of his own: “Congratulations on breaking my record of goals in official matches.

“I admire you a lot, I love watching you play and this is no secret to anyone.

“My only regret is not being able to give you a hug today.”