Ronaldo is not the player he was four years ago - Juventus superstar is a big problem for Pirlo, says Cassano 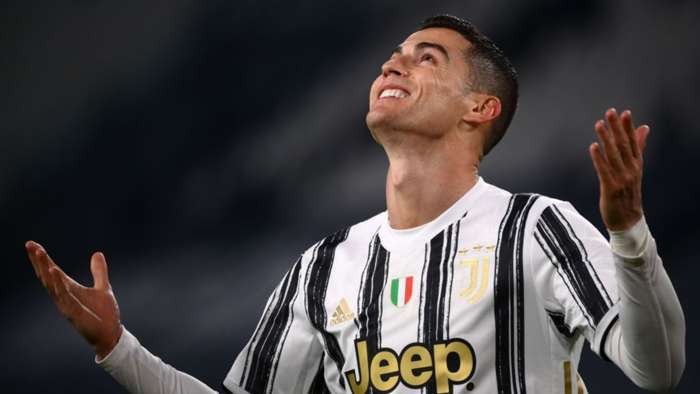 Cristiano Ronaldo is not the player "he was four years ago", according to Antonio Cassano, who says the Juventus superstar is a "big problem" for Andrea Pirlo.

Ronaldo took the decision to bring his illustrious nine-year spell at Real Madrid to anend and take up a new challenge in Serie A with Juve in the summer of 2018.

However, he hasnt been able to fire the Italian giants beyond the Champions League quarter-finals, and they have also lost their grip on the Scudetto under Pirlo, who Cassano thinks is being held back by the five-time Ballon dOr winner.

“Juventus got rid of a coach [Massimiliano Allegri] who, in the last 20 or 30 years, has produced the best football in Italy and his big problem was one: Cristiano Ronaldo.It was for [Maurizio] Sarri and it is for Pirlo," the former Madrid and Italy striker said on Christian Vieris Twitch channel Bobo TV.

"Juve already got burned last year, because Sarri was unable to find the right chemistry with him and some other players and what do you do?You take another coach who would like to play football and you still have Cristiano Ronaldo as a blocker for that.

“If you have chosen the path of [playing a certain type of] football, Ronaldo is not good. He is someone you have to give the ball to and he scores, thinking about his records. Ronaldo is not what he was four years ago.

"They signed himto win the Champions League and they failed. Pirlo, as a coach, is a rookie and he hasnt got the experience to handle the player with the highest media profile in the world on his team because he can create problems for you.

"[Dejan] Kulusevski, for example, is very conditioned by Ronaldo, he is not free, he is always looking for him.If you have young people without a strong mentality then problems arise."

Ronaldo made the transition from La Liga to Serie A seamlessly three years ago, proving once again that he is capable of delivering the goodsin any of Europes major leagues.

The 36-year-old has hit 95 goals in 123 games for Juve, including 30 across all competitions this season, winning back-to-back Serie A Player of the Year awards in the process.

The Bianconeri have also won the Scudetto twiceand two Suppercoppa Italiana crowns with Ronaldo leading the line, but they find themselves 10 points behind Inter in the top flight this season with just 11 games to go.

The Italian champions are now being tipped to cash in on a prized asset before his contract expires in 2022, with Paris Saint-Germain being mooted as a possible next destination.

It has also been suggested that Ronaldo could make his way back to Madrid, and head coach Zinedine Zidane has already added extra fuel to thoserumours.

"Yes, it could be [true].We know Cristiano, we know what he has done for Real Madrid. Well see what his future will be," said Zidane.