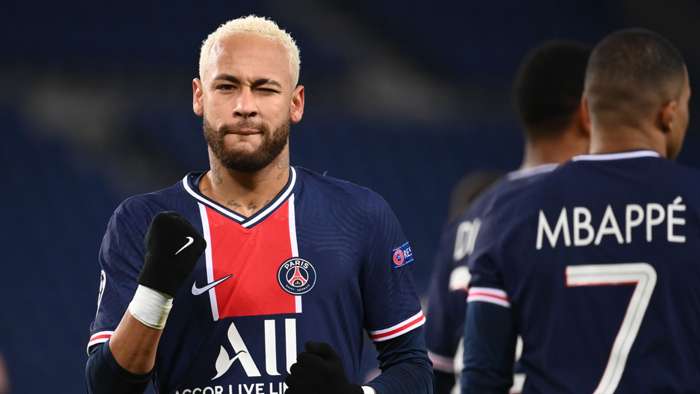 Rodrygo is making a name for himself with Real Madrid and Brazil, but the 20-year-old remains in awe of those he idolised growing up and considers fellow countryman Neymar to be “an absolute genius”.

The Blancos forward is also a big fan of club colleague Casemiro, who he has billed as “a phenomenon” and “the best defensive midfielder in the world”.

NxGn 2020 winner Rodrygo is hoping to become one of the worlds best in the future,with a hot prospect looking to follow in the footsteps of those that he holds in the highest regard.

Asked by FIFA’s official website to offer his take on Paris Saint-Germain talisman Neymar, Rodrygo said: “An absolute genius as a footballer, a unique player.

“And he’s an incredible person. In the short time we’ve had together, he’s been a sensational influence on me.”

The 29-year-old, who hasformed part of the global elite for some time now, has plundered over 320 goals in a club career that has taken him from Santos to PSG via a four-year stint at Barcelona.

He has played alongside some of the finest talent on the planet, including the likes of Lionel Messi and Kylian Mbappe.

While the spotlight has been shared there, Neymar has been a leading man for Brazil for several years.

The Selecao look to him for inspiration, and he has often provided it when finding the back on 64 occasions through 103 appearances – with only Pele sat above him on a notable goal chart.

The highly-rated frontman is one of the latest additions to a long line of Brazilian talent that has graced the books at Santiago Bernabeu.

He has plenty to live up to in that department, but does not need to look far to see what is required in order to succeed on the most demanding of sporting stages.

Rodrygo has added on the combative qualities of Casemiro: “Casa’s a phenomenon.

“He’s a guy who’s helped me a lot since I arrived here. He’s a wonderful person.

“I’d seen him playing on the TV beforehand and thought he was an incredible player, but he’s even better than I thought. Casemiro is without doubt the best defensive midfielder in the world.”

Real will be hoping to see that point proved over the remainder of the season as they look to defend the Liga title and chase down another Champions League crown – with Liverpool next on the agenda there at the quarter-final stage.