Rodrygo: I don't want to become the new Neymar 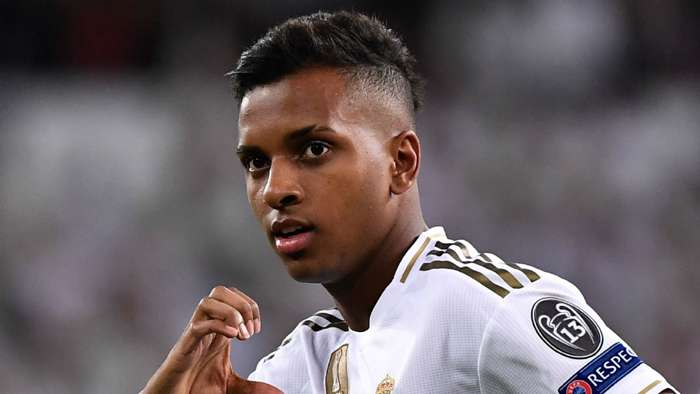 Brazil sensation Rodrygo said he does not want to become the "new Neymar" as he addressed comparisons to the Selecao superstar.

The 19-year-old winger's €45million (£39.3m/$52.2m) switch from Santos to Madrid in 2019 has carried weight amid comparisons to Paris Saint-Germain forward Neymar and Robinho, who both emerged from the Brazilian club.

He has been compared with Neymar since the age of 12 , when he signed a deal with Nike to become the youngest athlete ever sponsored by the company.

But Rodrygo is uncomfortable with the comparisons as he instead hope to create his own path, one different than his illustrious compatriots.

On the eve of Brazil's CONMEBOL World Cup qualifier against Peru on Tuesday, Rodry: "From the beginning of my career when I started at Santos, they already compared me as the 'new Neymar' and with Robinho, I always had that weight over me.

"I always said that I wanted to be Rodrygo and make my story, Robinho and Neymar are great idols of Santos and of all the places where they played. I'm just starting out and I think there is only one Neymar.

"I always had that weight over me, but I just want to be Rodrygo."

Rodrygo – who has three international appearances to his name with Brazil's senior team– came off the bench in the 5-0 rout of Bolivia in Sao Paulo on Friday.

He has made two LaLiga appearances for Madrid in 2020-21, having played 19 matches last term and 26 across all competitions.

"I think it is very important to have a good level, we all know that we have excellent players in my position," Rodrygo said. "It is very important that when it is my turn to play I do well and do what Tite asks of me in training and before each game.