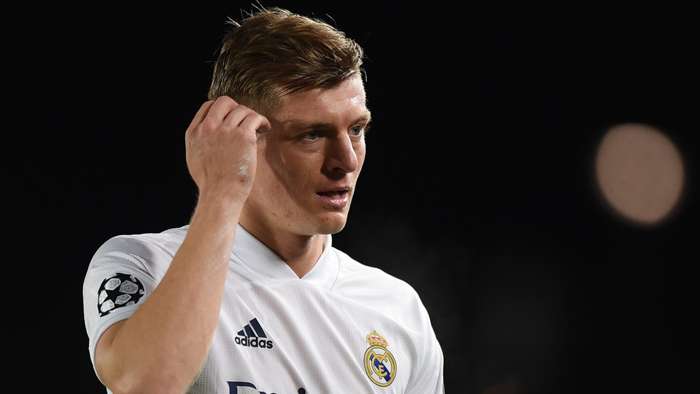 Real Madrid star Toni Kroos will be absent for Germany as they begin their quest to reach the 2022 World Cup finals.

Germany kick off their qualifying campaign with three matches in Group J against Iceland, Romania and North Macedonia.

But coach Joachim Low will have to do without Germanys midfield lynchpin, who has withdrawn through injury.

"Toni Kroos has had to leave the squad due to an adductor problem that he has been carrying," the German FA explained in a statement released on social media.

"He will leave the team hotel to return to Spain."

Germany also wished their star a "speedy recovery" as he heads back to his club.

While the 2014 World Cup winners will sorely miss Kroos, Madrid too will be hoping injury does not keep him on the sidelines during a crucial period of the 2020-21 season.

No prognosis has yet been released for the midfielder, who played 70 minutes of his sides 3-1 win over Celta at the weekend.

On April 3 the Merengue are back in action in La Liga against Eibar, as they continue their pursuit of leaders Atletico.

Just three days later they host Liverpool in the first leg of the Champions League quarter-finals.

After bombing out of the 2018 World Cup in the first round, Germany will be keen to make a bigger impression in Qatar next year - starting with a successful qualifying campaign.

The road to Qatar begins on Thursday at home to Iceland, before completing the March international window with an away clash against Romania and a home meeting with North Macedonia.