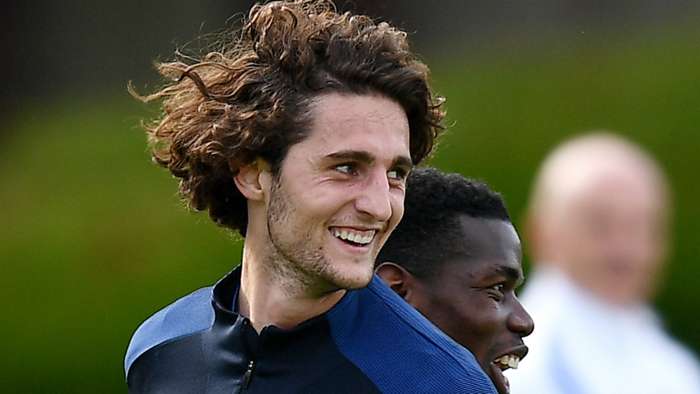 Adrien Rabiot has admitted that his France team had to “redeem” themselves in Saturday’s Nations League clash with Portugal after a shock reverse in theirmidweek friendly with Finland.

Tasked with overcomingthe European champions away from home, though, they showed a different face.

They dominated much of thegame but only had a predatory strike from N’Golo Kante to their credit to defend as the hosts rallied towards the end.

Didier Deschamps’ men, though, held out, saving face after their embarrassing outing only days earlier.

“We had to redeem ourselves from the Finland game, in which were not good and not at our level,” Rabiot told L’Equipe TV. “Portugal, it was a serious match. It’s easier to motivate yourself, but you have to have the desire to do good things.

“We told ourselves that we had to start the game well and that’s what we did. We were compact defensively. Going forward, we could have scored but we created a lot of changes. In the end, we came under pressure a little, but in this type of match that’s normal.”

Utilised in a role on the left of the midfield, Rabiot, who won his eighth cap, was just happy to be back in the team.

“I was on the left in a 4-4-2, but my job was not that of a winger, I was a lot more central to the play,” the 25-year-old Juventus man said. “I tried to get the ball and play it forward. When we didn’t have the ball, it was a good position to block the opposing midfielders.

“It’s not a role I’m used to having, but I’m glad I got it and did it well. When you’re good, you can adapt to any position. I’m happy with my game and that of the team.”