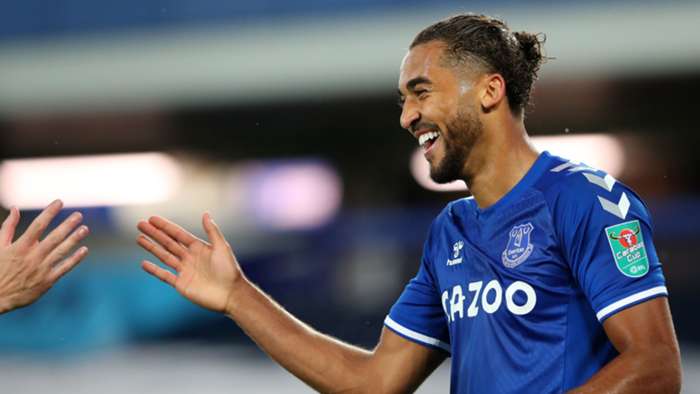 The Premier League season is just four games old and already Dominic Calvert-Lewin is staking a claim for the Golden Boot.

The Everton man is on track to best his total of 13 strikes from last season but it will take a considerable effort to topple Salah, who has scored 78 goals in a little over three seasons withthe Reds.

In fact, the Egyptian’s 19 strikes last term is his worst return since signing for Jurgen Klopp’s men, but that is a single-season tally that only Romelu Lukaku has ever surpassed for the blue half of Merseyside in the Premier League.

The Belgian scored 25 times in the 2016-17 campaign, and 18 the one before - the two best returns of any Everton player in the Premier League. Calvert-Lewin will, however, have both totals in his sights following his exceptional start to this season.

His link-up play with James Rodriguez and Richarlison has allowed the striker more chances to score, with his nine shots on target this season averaging out at over two per game. Last season, he managed 38 shots on target.

On the reverse side of the market, Salah is priced at just 4/11 (1.36) to score more goals than Calvert-Lewin, and the forwardis currently just one strike behind his Everton counterpart.

A hat-trick on the opening day of the season helped Liverpool beat Leeds 4-3 and then the Egyptian scored both goals in the demoralising 7-2 loss at Aston Villa, putting him well on his way to another stellar campaign.

Salah failed to win the Golden Boot for the first time in three years last season but bet365 make him 7/2 (4.50) favourite to make it three in four campaigns.

No Everton player has won the top-flight Golden Boot since Gary Lineker in 1985-86 and Calvert-Lewin is 7/1 (8.0) to break that duck this term.