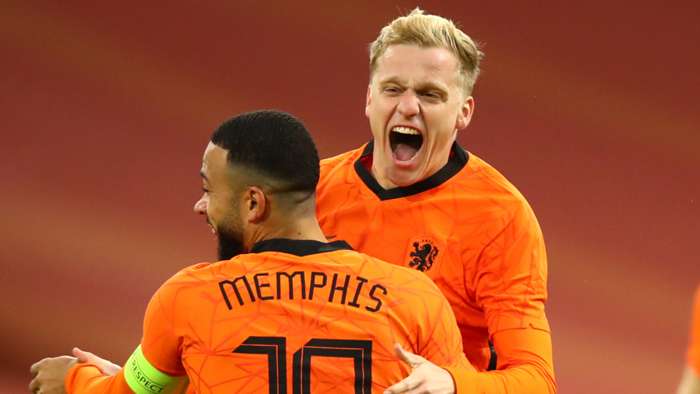 The most open group in League A of the UEFA Nations League comes to a culmination on Wednesday as Netherlands travel to Poland with both sides harbouring hopes of making the final four.

Tottenham forward Steven Bergwijn scored the only goal of the game when these sides met in September and the Netherlands are offered at evens (2.00) with bet365.

The hosts are without midfielder Jacek Goralski, who was sent off against Italy on Sunday evening.

The Dutch enjoyed a much-needed 3-1 win at the weekend, although in truth, Bosnia provided very little resistance.

Against better organised sides, De Boer's men have struggled to break down the opposition and prior to Sunday's result they have managed just two goals in five matches.

Poland, meanwhile, have kept clean sheets in seven of their last nine home matches and could once again frustrate the Dutch on Wednesday night.

In September, Jerzy Brzecek's men were physical and stubborn opponents and the Netherlands will expect more of the same in a game where both sides are playing for a potential place in the final four.

Both of these teams have scored just five goals in five matches in the group stage and the statistics point to another low-scoring encounter.

Under 2.5 goals is priced at evens (2.00) and is a selection that comfortably paid out in the previous meeting two months ago.

The Netherlands remain a side lacking in serious firepower, while Poland are well-drilled andthat should lead to a dearth of goals.