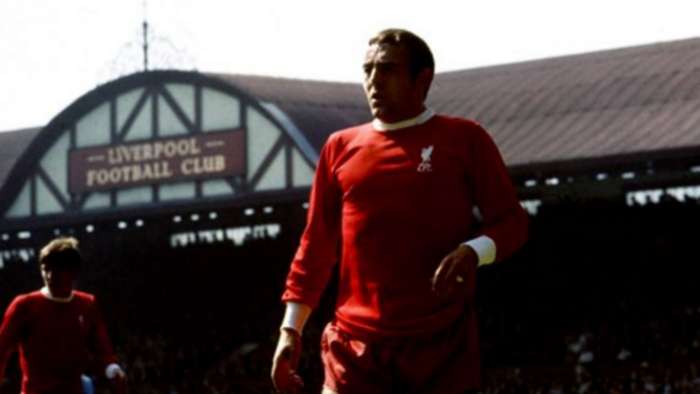 Liverpool have announced the death of legendary forward Ian St John at the age of 82.

"The thoughts of everyone at Liverpool Football Club are with Ian's family and friends at this sad and difficult time. Rest in peace, Ian St John 1938-2021."

St John's family has released a which read:“It is with a heavy heart that we have to inform you that after a long illness we have lost a husband, father and grandfather.

“He passed away peacefully with his family at his bedside.

“We would like to thank all the staff at Arrowe Park Hospital for their hard work and dedication during these very difficult times.

“The family would be grateful for privacy at this extremely sad time."

St John enjoyed a trophy-laden 10-year career at Liverpool between 1961 and 1971, having initially signed for the club from Motherwell.

The striker was part of one of the greatest sides in the club's history, led byBill Shankly, who took the team from the Second Division to top-flight champions.

He scored 118 goals in 425 games for the Reds in total, and also picked up aEuropean Cup Winners' Cup runners-up medal in 1966.

St John left Liverpool to join South African club Hellenic, and went on to take in short spells at Coventry City and Tranmere Rovers before hanging up his boots in 1973.

The former Scotland international, who won 21 caps for his country, then returned to Motherwell to begin his management career.

St John spent one year in theFir Park dugout before taking the top job at Portsmouth, where he spent four seasons before taking up respective assistant roles at Coventry and Sheffield Wednesday.

He became a pundit after quitting coaching in 1979, and became well known for his work alongside England World Cup winner Jimmy Greaves on theSaint and Greavsie show, which ran from 1985 to 1992.

Anfield has lost another of its all-time greats, and one of the most important signings in the club’s history.

Ian St John was one of the driving forces behind Liverpool’s rise to prominence under Bill Shankly in the 1960s. Powerful, aggressive, selfless and subtle, he led the Reds from the Second Division and then helped establish themselves as one of the true powerhouses of English football.

He’ll forever be remembered as the man whose goal, a diving header, secured the club’s first ever FA Cup, seeing off Don Revie’s great Leeds side at Wembley in 1965.

St John was known for his heading, which is remarkable considering he was hardly a giant. But his timing, desire and bravery stood out a mile. Alongside Roger Hunt, he formed one of Liverpool’s best-ever strike partnerships. Between them, they scored more than 400 goals for the club.

St John finished with 118 from 425 appearances, winning two league championships, as well as the FA Cup and Second Division title. Later he would return to Merseyside, albeit briefly, to play at Tranmere under former team-mate Ron Yeats before spells in management at Motherwell and Portsmouth.

In the 1980s, he became an iconic figure to a new generation of football supporters, myself included, for the TV show ‘Saint and Greavsie’ which ran for seven years between 1985 and 1992. Essential viewing, for anyone who loved the game.

From a personal perspective, I remember ‘Saint’ as the man who gave me my first official Liverpool history lesson, courtesy of a video released in 1989, in which St John picked his greatest ever Reds XI.

As a youngster just discovering the sport, I must have watched that old VHS (Google it!) a thousand times, watching the goals of Hunt and Ian Rush, the tackles of Graeme Souness and Tommy Smith, the saves of Ray Clemence and hearing the wit and wisdom of Shankly. Throughout, Saint’s love of the game, and of Liverpool, shone through. He was a Scot by birth, but a Scouser in nature.

Always modest, he didn’t include himself in the shortlist when it came to picking his forward line. Those who saw him play, though, most definitely would.

Ian St John was, and always will be, an Anfield legend. He will be sorely missed.