Peru vs Argentina on US TV: How to watch and live stream CONMEBOL World Cup qualification matches 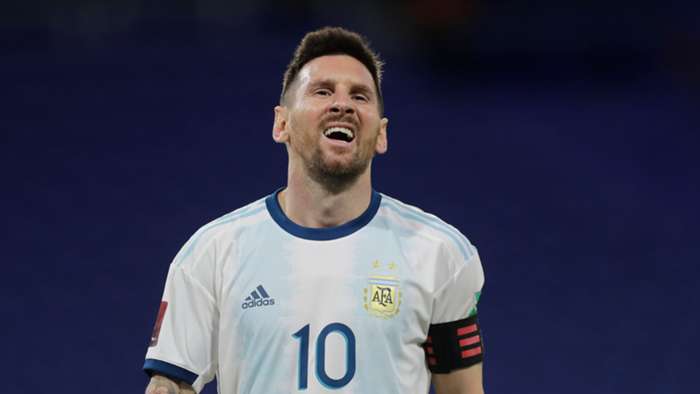 CONMEBOL World Cup qualifying returns this week as the 10 South American nations compete for a place at World Cup 2022 in Qatar.

Argentina is hoping to continue its unbeaten record on Tuesday as it visits Peruin Lima.

CONMEBOL qualifiers can be watched through Fanatiz.The streaming platformoffers the option to watch each game in the US..

Peru began itsWorld Cup qualifying campaign with a thrilling 2-2 draw away to Paraguay, and the goals continued to flow for Ricardo Gareca's men.

It led twice against Brazil in its second match before Neymar pulled his side back into the game, scoring a hat-trick which included two penalties to see the Selecao through 4-2 in Lima.

Peru then had no answer to Arturo Vidal, as the Chile star netted twice in the first half to earn the Roja a comfortable 2-0 home win which pushes Peru down to eighth in the standings, with just one point to date.

Argentina by comparison have been rather less entertaining but more effective, taking an impressive seven points out of the nine availablein the campaign so far.

Ecuador and Bolivia were disposed of 1-0 and 2-1 respectively in October's fixtures, the latter marking an historic win for the Albiceleste in the altitude of La Paz; while on Thursday Lionel Scaloni's men fought back to earn a 1-1 draw against Paraguay after falling behind to Angel Romero's spot-kick.

Midfielder Exequiel Palacios was forced off against Paraguay after taking a knee to the back, and now faces significant time out after fracturing vertebrae in the challenge.

Argentina will hope to recover the talents of Nicolas Tagliafico in time for Tuesday after the Ajax star missed out in the first match, obliging Scaloni to field Nicolas Gonzalez in an unfamiliar left-back position.

Peru are missing two key players in Paolo Guerrero and Jefferson Farfan, who were ruled out of November's double-header due to injury; as well as defender Carlos Zambrano, handed a three-match suspension following his red card against Brazil in October. Renato Tapia and Christofer Gonzalez will also miss out against Argentina after picking up their second yellow cards of the competition in Santiago.

Friday's defeat to Chile saw Gianluca Lapadula, who was born in Italy to a Peruvian mother, make his debut off the bench three years after scoring a hat-trick in his first and only Italy cap, playing the last half-hour after coming on for Raul Ruidiaz up front.