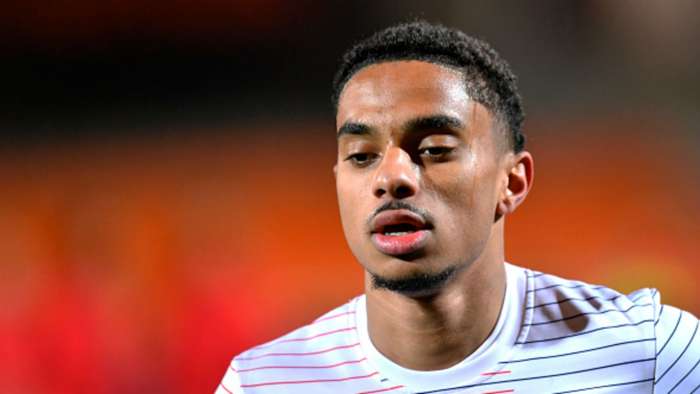 Paris Saint-Germain right-back Colin Dagba has confirmed he rejected an approach from Bayern Munich in the summer and insisted he has no regrets about doing so.

Dagba has now revealed that Bayern were also interested in his services, but he opted to stay at PSG instead.

"Bayern Munich? There were talks with my agent. We then talked to each other and made the decision to stay in Paris," Dagbatold Canal Plus.

"I don't regret this decision because there is a competition every season."

The 22-year-old is currently battling withThilo Kehrer and Alessandro Florenzi for minutes with the French champions and has made five Ligue 1 appearances thus far in 2020-21, though only one of those was from thestart.

Despite the fierce competition for minutes, Dagba believes he will get an opportunitywith Thomas Tuchel's side.

"We all want to play, that's for sure," Dagba said."There will be one game after the other and I'll definitely get my chance."

Dagba added that he may consider leaving should he not receive his share of playing time this season, but hefeels he has the confidence of Tuchel.

“The goal is to winoverPSG," the France Under-21 international said."They have always given me my chance, I feel the confidence of the club.

"If my playing time is blocked ...it will be necessary to consider leaving. But I have always felt this confidence from the club and I am happy here.

"I always feel the same confidence from the coach, I always give everything for him on the field."

Dagba and PSG will return to the pitch after the international break with a match against Nimes on Friday at Stade des Costieres.