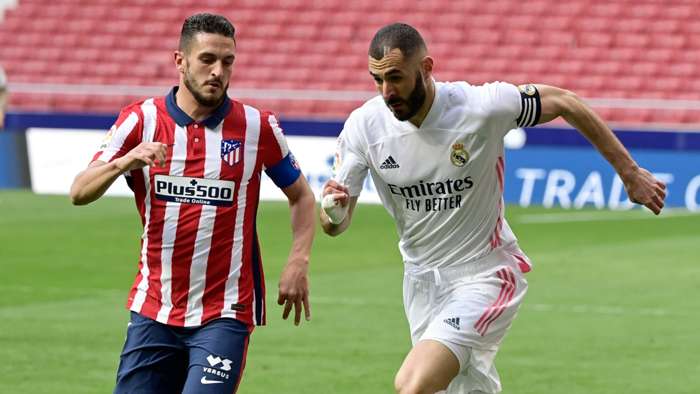 Former Real Madrid midfielder Michel has claimed that the only team capable of overtaking Atletico Madrid at the top of La Liga is Zinedine Zidanes side.

Atleti had been well out in front earlier this season as Barcelona and Los Blancos struggled for consistency, but their recent form has taken a dip.

Indeed, a recent loss to Sevilla has seen an in-form Barca side creep up behind them, with just one point separating the two sides, but Michel says that only Los Blancos are capable of taking the top spot from their cross-town rivals.

Despite Barcas recent good form and Real being behind them in third in La Liga, Michel told Cadena SER: “The only team that can overtake the lead from Atleti is [Real] Madrid. I was surprised that Atleti got so tangled up.

“Madrid are strong and have more strength in depth than Barca. Madrids two starting centre-backs [Raphael Varane and Sergio Ramos] have been injured and the two who have played in their place [Nacho and Eder Militao] have been excellent.”

While Nacho and Militao have been deputising well as Varane and Ramos spend time on the sidelines, the future of the Blancos captain has become a pressing matter in the Spanish capital.

The 35-year-old is yet to agree a contract extension to keep him at the Santiago Bernabeu, but Michel is hopeful a resolution can be sought.

“If I were Ramos and a Real Madrid player, I would never leave,” Michel said. “But I dont know whats happening with the negotiations.

“I have lived in Real Madrid and I know what it means – not even the Spanish police could take me away. If Sergio Ramos stays itll be much better for Madrid and for him.”

Real Madrid will have their chance to make up ground on eternal rivals Barcelona when they host the Blaugrana at Estadio Alfredo Di Stefano on Saturday.

Victory in El Clasicowould see Madrid leapfrog Barca and match Atleti on 66 points at the top of La Liga – at least until Diego Simeones side play on Sunday.