No style, all substance: U.S. edge one step closer to Tokyo with ugly win over Costa Rica 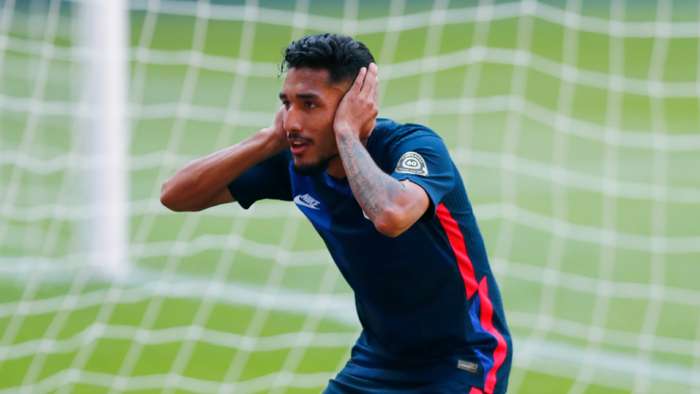 For the past several years, the U.S. mens national team has focused not just on winning, but winning in style.

Since Gregg Berhalter took over, principles have been put in place from the top down dictating how anAmerican mens team should play.

Those principles demandfast, dynamic attacking soccer, which involvesplaying out of the back and exploiting wide spaces. TheU.S. mustalways be on the front foot while avoiding the bad habits that come with playing reactive soccer.

On Thursday, though, the U-23 mens national team did not win in style in their first match of Olympic qualifying. They did not go guns blazing into some attacking masterpiece.

For most of the game, they were not on the front foot and, by and large, they held on for dear life, relying on a hot goalkeeper to bail them out after sloppy mistakes.

However, on this day, for this team, in this situation, style didnt matter. Possession numbers, completed passes, shots on goal–those didnt matter either. What mattered was a result, even an ugly one.

Thanks to a grind-em-out effort under the scorching Guadalajara sun, the U.S. took down Costa Rica 1-0, with FC Dallas star Jesus Ferreira providingthe only goal of the game.

It certainly wasnt pretty either, arriving as it did just 10 minutes before halftime after a series of sloppy mistakes on both sides, but, in the end, it proved sufficient.

The nature of the goal rather summed up thegame. There was little quality on show, but plenty of hoping and praying, a lot of back-foot defending after poorturnovers and several saves for the undisputed Man of the Match David Ochoa.

But even though this game could have gone badly, it never did, and the U.S. is one step closer to the Olympics because of it.

"It wasnt great," head coach Jason Kreis admitted. "It was an important result for us but I would say that we would have hoped to have gotten that result in a little bit of a better fashion."

It may not have been great, but it was exactly what the U.S. needed. This is a team and a program that has failed to qualify for the Olympic games each of the last two cycles, with both the 2012 and 2015 teamsundone by their own mistakes.

Starting off with what everyone knew would be a tournament-defining match, the U.S. limited those mistakes, covering for one another when they did come.There were carelessgiveaways, sure, but none that led to that mind-numbing, game-breaking moment.

There were difficulties in the attack, but there were just enough early chances to grab that goal the U.S. so desperately sought. And there was lots of time spent on the back foot, but that foot never folded against a Costa Rica team that boasted far greater familiarity within their ranks than the US.

By and large, the performance is explicable. This is still a team comprised of almost exclusively MLS players, many of whom havent played in months. Throw in 90-degree temperatures and youre due for fitness issues and a few cramps, which obviously became more problematic the longer the game wore on.

The U.S. had started brightly enough, with Ferreiras shot off the post in the games opening minutes serving as a warning sign.

By the time Ferreira did find the back of the net following a fantastic cross from Sam Vines, it was fair to say that the U.S. had deserved their goal.

But if the U.S. deserved one for their first-half efforts, Costa Rica arguablydeserved a fewfor their second-half push. It was during that second half that Ochoa shined, making most of his nine total saves.

From the routine to the game-changing, Ochoa got to them all, justifying his starting spot after a weeks worth of speculation that he would be this teams No. 2 heading into the tournament.

"He was arguably the most important player for us today," Kreis said of Ochoa."I think he stepped forward in a major way. Some of the times that he came off his line to replace balls that were put in behind uswere second to none.

"We believe that Ochoa has a huge future in front of himand its nice to see that hes beginning to put his best foot forward."

With Thursdays win, the U.S. put their own best foot forward. Theyll head into Sundays game with the Dominican Republic knowing a win would all but lock up their spot in the semifinals, giving them a chance to book their spot in the Olympics. A win would also help them avoid a potential do-or-die match with Mexico.

By the time that Mexico rolls around on Wednesday, Kreis will be expecting his team to be more in-tune than they were on Thursday. Hell expect them to look more like a unit that can blend style and substance.

But, if forced to choose between the two, the U.S. will choose substance every time during this Olympic qualifying tournament, as it was that substance which moved them one step closer to Tokyo on Thursday.

"It is one thing that youre looking for from your players: to be able to geta result when things maybe arent going their way and when theyre super, super fatigued," Kreis said. "You saw at the end of the game how difficult it was for some of our players to get through that match.