No one can steal Messi's legacy if he leaves Barcelona - Fabregas 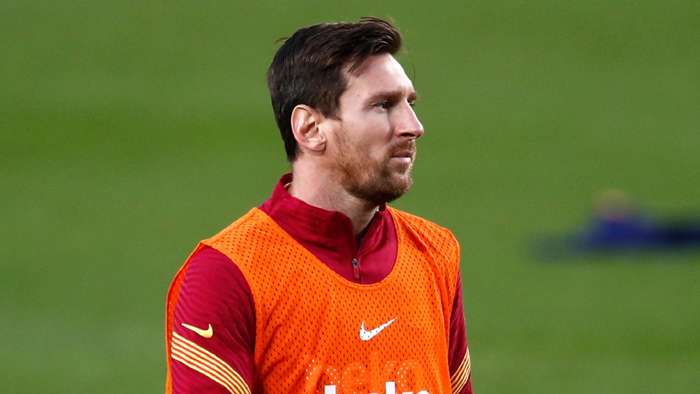 No one can steal Lionel Messi's legacy if he leaves Barcelona, according to Cesc Fabregas.

Barca and La Liga ultimately succeeded in making sure that the six-time Ballon d'Or winner honours his contract after his initial transfer request, but he will be free to speak to any potential suitors when the market reopens on January 1.

While clarifying his future during an exclusive interview with Goal, Messi said he no longer thinks the Blaugrana are capable of competing at the highest level, with the 2019-20 campaign marking the club's first trophyless season in 12 years.

Manchester City, Inter and Paris Saint-Germain have all been mooted as possible next destinations for the 33-year-old, but it has also been suggested that the diminutive forward could sign a contract extension at Camp Nou after seeing club president Josep Bartomeu and the rest of the board of directors resign.

Despite initial fears that supporters might turn against Messi after his return to action at the start of the 2020-21 season, the Argentine has continued to serve as the team's focal point in the final third under new head coach Ronald Koeman.

Asked if he believes the Barca talisman's relationship with the fans has been damaged beyond repair, Fabregas insisted his old team-mate's reputation could never be tarnished, even if he does eventually decide to move onto pastures new.

The ex-Blaugrana midfielder told Catalunya Radio: "Not at all. Leo has been a big star and the fans know it. They will think, 'Wow, he is leaving'.

"I think the day he leaves FCB - from the first minute - everyonewill give a big value to all he has done during these seasons, nobody can steal that legacy from him. It is something that will remain forever."

Fabregas, who is currently on the books of Ligue 1 outfit Monaco, went onto express his sadness over the way Messi has been treated by Barca in recent times, before admitting he was glad to see him perform a U-turn on his future at the start of September.

"It was a pity to see how people inside the club tried to hurt him, but in this sense, as a Catalan, I am grateful that he stayed at Barca," he added."I don't know anything about his future next summer. Nothing."