No Messi or Ronaldo among nominees for Champions League positional awards 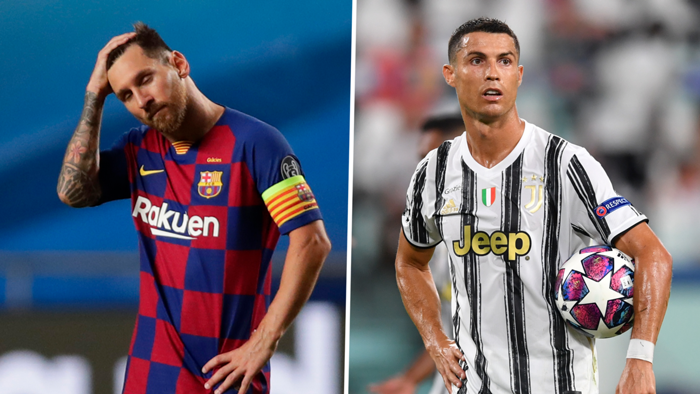 Seven Bayern Munich players have made the cut for for the 2019-20 UEFA Champions Leaguepositional award shortlists - but there is no room for a nominationfor either Lionel Messi or Cristiano Ronaldo among them.

Hansi Flick's side stormed to a first European title in seven years with a 100 per cent win record - the first time such a feat has ever been achieved in the competition's history - and secured their second continental treble in history with success against Paris Saint-Germain in Lisbon.

It is no surprise then to see them make up more than half of the nominated players up for the tournament's top awards, with the Bundesliga side locking out the trio of defensive nods in its entirety while picking up two in midfield and one apiece among the goalkeepers and forwards.

Barcelona man Messi however - who recently was the subject of a bitter public dispute over his future at the club before confirming to Goal that he would remain with the team- and Juventus star Ronaldo, however, miss out entirely after both saw their clubs underperform with quarter-final and round-of-16 exits.

Robert Lewandowski is rewarded for his superior season as arguably the best striker in Europe, while veteran attacking midfielder Thomas Muller and Liverpool-bound Thiago Alcantara are shortlisted behind him, where they are joined by Manchester City's Kevin De Bruyne.

David Alaba, Alphonso Davies and Joshua Kimmich meanwhile are all vying for the top defensive honour, while Manuel Neuer hopes to stake his claim for the best goalkeeper across last season's competition, alongside Atletico Madrid's Jan Oblak.

Runners-up PSG make up the three remaining nominees, with Neymar and Kylian Mbappe both in the running against Lewandowski while Keylor Navas is selected between the posts.

Meanwhile, Portuguese star Fernades has been picked for consideration for the top prize among the man whom he followed at Man Utd, Inter's Romelu Lukaku, as well as then-Sevilla star Ever Banega, now atAl-Shabab.

The make-up of the jury comprised of each head coach from the 32 clubs that made up the group stage of last season's Champions League, as well as 55 journalists representing each UEFA member association.