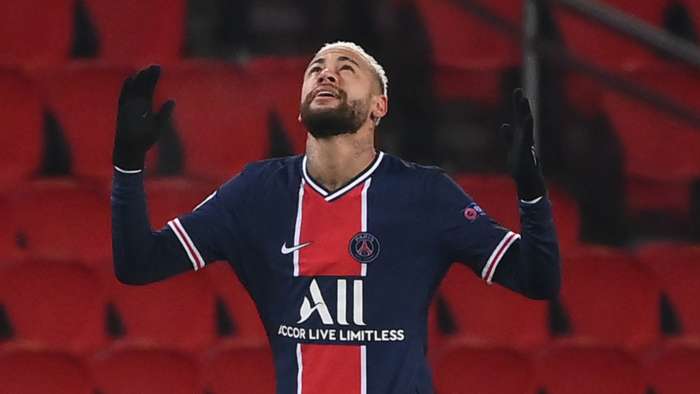 Neymar will make his return for Paris Saint-Germain when they take on rivals Marseille in the Trophee des Champions.

New head coach Mauricio Pochettino confirmed Neymar will play some part in the contest after missing the last five matches with an ankle injury.

"Neymar is available - he will be with the group," Pochettino said about the Brazil forward, who has been out for a month since the Ligue 1 defeat to Lyon. "We will decide on Wednesday if he will start."

There have been concerns about burnout for Kylian Mbappe, who again played 90 minutes in the 3-0 Ligue 1 win over Brest on Saturday, but Pochettino is optimistic about the World Cup winner's fitness ahead of a match with high stakes, where the coach feels pride is more important than the silverware on offer.

"Kylian is in perfect condition," Pochettinosaid when asked if Mbappe could start for a third time in eight days. "We are evaluating the different options for our line-up on Wednesday.We will see which team is the best to win this match. We need to perform at the best level to get the win against Marseille.

"My main motivation is to win this game. We are playing against a great rival in OM.Pride is important, much more than titles. We will do everything to win this match.If we win, we know it will bring a trophy, but the most important thing is pride."

Asked about his own experiences ofLe Classique as a PSG player, Pochettino added:"I remember these meetings perfectly. All the games were very special. For the players, the fans, the club, football is a sport of emotions.

"We realise with the health situation how much we miss the fans. The importance of this match, I had already felt it in my time."

Five players were sent off in stoppage time when these two sides met in Ligue 1 in September, following a brawl, but Pochettino sees that having no bearing on this week's game.

"The first match against Marseille this season is one I wasnot involved in. I can't talk much about it. I saw pictures. The situation is over," Pochettino said.

PSG will be without Colin Dagba, the latest player at the club to test positive for coronavirus.

Dagba has started both PSG games under Pochettino, but the defender will not play no part against Andre Villas-Boas' side as he is self-isolating.