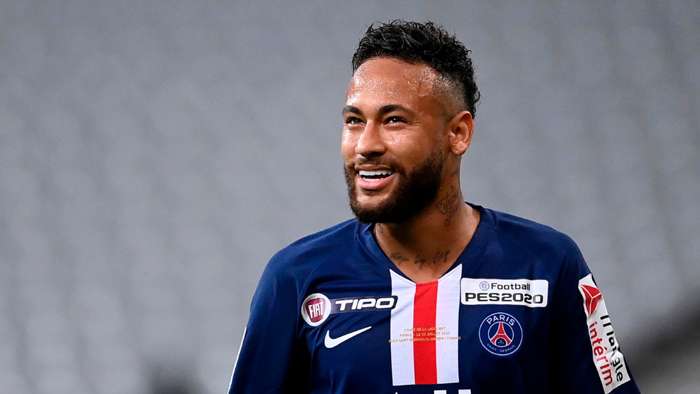 Neymar "is determined to bring Paris Saint-Germain to the top", according to Marco Verratti, who has hailed the Brazilian as a "leader" ahead of the Champions League restart.

The 28-year-old has contributed 19 goals and 10 assists to the club's cause in 24 outings this season, helping them to complete a domestic treble, and he could also be poised to inspire success on Europe's elite stage.

Neymar scored in both legs as PSG beat Borussia Dortmund in the last 16, to set up a last-eight clash against Serie A outfit Atalanta - who knocked out Valencia in the previous round.

The winner of next Wednesday's one-off fixture in Lisbon will be rewarded with a semi-final meeting with either RB Leipzig or Atletico Madrid, as a revised straight knockout format comes into play amid the continued threat of coronavirus.

PSG will be buoyed for the contest after returning to action with French Cup and Coupe de la Ligue final wins over Saint Etienne and Lyon, with Neymar once again playing a key role in both victories.

The Brazil internationalscored the winner against Saint-Etienne before netting a crucial penalty in the shoot-out triumph against Lyon, and Verratti is hoping he can also make the difference in the Champions League.

"I see him particularly determined to bring PSG to the top," The Italian playmaker told Gazzetta dello Sport. "Having him in this physical and mental condition is an added bonus. Neymar is a leader who plays and always trains hard, an example for all."

PSG are sweating on the fitness of Kylian Mbappe ahead of their return to European action, after he suffered an ankle sprain in the Coupe de la Ligue showpiece.

Like Neymar, the Frenchman has been heavily linked with a move away from Parc des Princes over the past 12 months, but Verratti thinks both men are settled in their current surroundings.

"I can feel they are well here, they believe in the project and know that there are not many teams stronger than PSG," he said."In Paris, they have the possibility of winning. And winning here would really be really special."

Atalanta will be without top scorerJosip Ilicic against PSG, and although Verratti believes his absence will be felt byGian PieroGasperini's side, he insists they remain a formidable outfit.