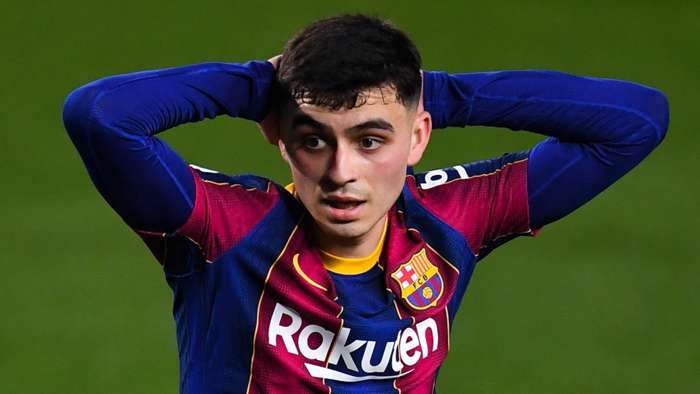 Barcelona midfielder Pedri insists he does not set future goals for himself as he prepares to potentially make his Spain debut.

The 18-year-old has enjoyed a superb breakout season at Camp Nou, with his form earning him a fourth-place finish inGoals NXGNlist of the top 50 footballing wonderkids for 2021.

Pedris meteoric rise also saw him earn a first call-up to the senior international ranks, with the former Las Palmas starlet now in a positionto make his bow for Luis Enriques side against Greece in Thursdays World Cup qualifier.

"I dont like setting goals for the future," Pedri toldGoalin an exclusive interview following his inclusion on the NXGN 2021 list.

"I always try to improve day by day and get ahead byworking more than the rest.I only think about continuing to grow with Barcelona."

On the prospect ofrepresenting Spain at Euro 2020 this summer, he added: "It is a dream, andI hope it happens, but I have to keep my feet on the ground and keep working."

If that question had been asked at the start of the season, the chances would have been exceedingly low, given Pedri had only made his debut for Spain Under-21s in September.

However, over the course of the campaign, he has grown into one of La Ligas outstanding creative midfielders, with his relationship with Lionel Messi having particularly caught the eye.

As a result,he now has a real chance of being included in La Rojas squad for the European Championship, particularly if he impresses in Spains upcoming World Cup qualifiers against Greece, Georgia and Kosovo.

He is likely to face tough competition for a place, however, with the likes of Thiago Alcantara, Koke, Fabian Ruiz, Saul Niguez, Dani Ceballosand Marcos Llorente all fighting it out for midfield berths.

Though Pedri finished fourth on the NXGN list for 2021, he was not the highest-placed Barcelona player, with that honour going to the winner of the mens award, Ansu Fati.

Fati beat off stiff competition from Eduardo Camavinga, Gio Reyna and team-mate Pedri to become the sixth male winner, following in the footsteps of the likes of Jadon Sancho, Gigi Donnarumma and Rodrygo.