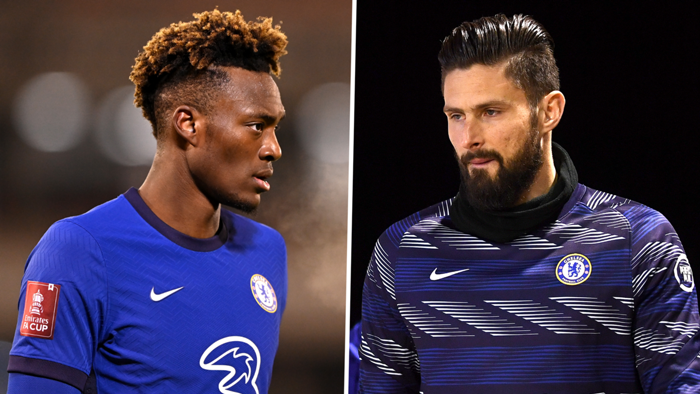 Thomas Tuchel has explained why Olivier Giroud has an unused substitute in Chelseas last four games, and who will be available for the upcoming FA Cup quarter-final clash with Sheffield United.

The 34-year-old striker scored a stunning acrobatic volley away at Atletico Madrid which has helped the Blues through to the Champions League last eight for the first time in seven years. They face Porto in the next round.

However, the 2018 World Cup winner will be hoping for a rare start under Tuchel in a competition that he has won four times.

"He [Giroud] can have a huge impact in our team because he has the experience, the physical presence and ruthlessness in the box," Tuchel told reporters. "That is his style of football. He has suffered in the last four games a bit and I am not so happy with my decisions against Southampton and Leeds.

"After the game, I had the feeling they were games that he shouldve had 20, 25 minutes to help us win rather than a draw. I didnt give him these minutes because I have to adapt back to three changes, which is maybe two changes because the last one you dont want to use too early.

"So its clearly my fault. He is training well, had a decisive goal against Atletico, and I assumed the games against Everton and Liverpool would be high-intensity games where we could use speed more. That isnt his biggest strength and theres no problem with that.

"He will stay positive and it is my job to push him and give him the feeling that he is still important because he is important for me. So the game on Sunday is the next moment.

"The international break is a good time for Oli to keep his head in the clouds and enjoy this moment with us. I know he is a big part of the dressing room and I want him to continue like this."

Mason Mount and Jorginho missed the 2-0 win at home to Atletico Madrid at home in the Champions League but return to face Paul Heckingbottoms side. However, Thiago Silva will be left out with Tammy Abraham, who has also struggled for minutes under Tuchel, pushing to return from an ankle injury.

"Now is not the moment to take a risk with him as its the last game before the international break," Tuchel said of Silva. "We have two weeks. Its already too long but I know how hard the medical team is working, how reliable everyone is. So zero complaints.

"We just wish for him to feel 100% free [of injury], so we are taking our time. He is in individual sessions and hopefully, he can rejoin the group during the international break and be ready for the decisive part of the season.

"Tammy was with the group today. We had a bit of a scary moment because he stumbled again and twisted his ankle. It was a painful moment but hopefully nothing too serious. I hope he is in the squad on Sunday."

Haaland, Guardiola and the winners and losers of the Champions League quarter-final draw