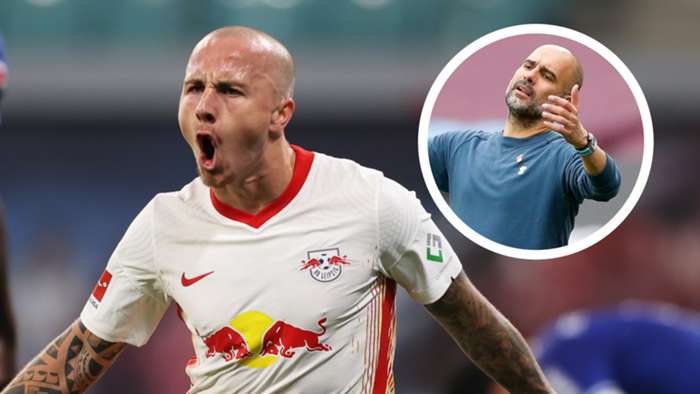 RB Leipzig defender Angelino has insisted that he didn't get a "real chance" at Manchester City under Pep Guardiola while claiming the Catalan "killed my self-confidence".

However, the left-back was restricted to just six senior appearances before being loaned to Leipzig, who signed him outrightearlier this month, and he has nowcriticised Guardiola for the way he was treated in Manchester.

"Pep has killed me and my self-confidence," Angelino told reporters.

“After my move from Eindhoven back to City, he had already judged me on two pre-season games and then didn't give me a real chance again.

"So I was happy that I moved toLeipzig and that I am now an integral part of the club."

Asked to address the differences between Guardiola and Leipzig boss Julian Nagelsmann, the 24-year-old responded: “One of them gave me confidence and let me play.The other one just didn't.

“In Leipzig, I felt trust from day one.The club and the coach gave me an incredible push.I am now happy to be able to play consistently in Leipzig."

Leipzig renewed Angelino's loan deal after his impressive performances in the second half of the 2019-20 campaign, and he has since established himself as one of the most important members ofNagelsmann's squad.

The Spaniard has already featured in 31 games across all competitions this term, while also scoring eight goals and laying on 11 assists, helping the German side rise to second in the Bundesliga and reach the latter stages of both the Champions League and DFB Pokal.

Leipzig triggeredan €18 million (£16m/$21m)obligation to buy Angelino after he reached a pre-agreed number of appearances for the current season, which ended his long-standing affiliation with City.

Guardiola had no use for the defender at the Etihad amid strong competition for places at the back, with Joao Cancelo and Oleksandr Zinchenko among his options on the left.

The move has worked out well for both parties as City have developed into the strongest defensive side in the Premier League while Angelino has grabbed the opportunity to prove himself at the highest level in different surroundings.