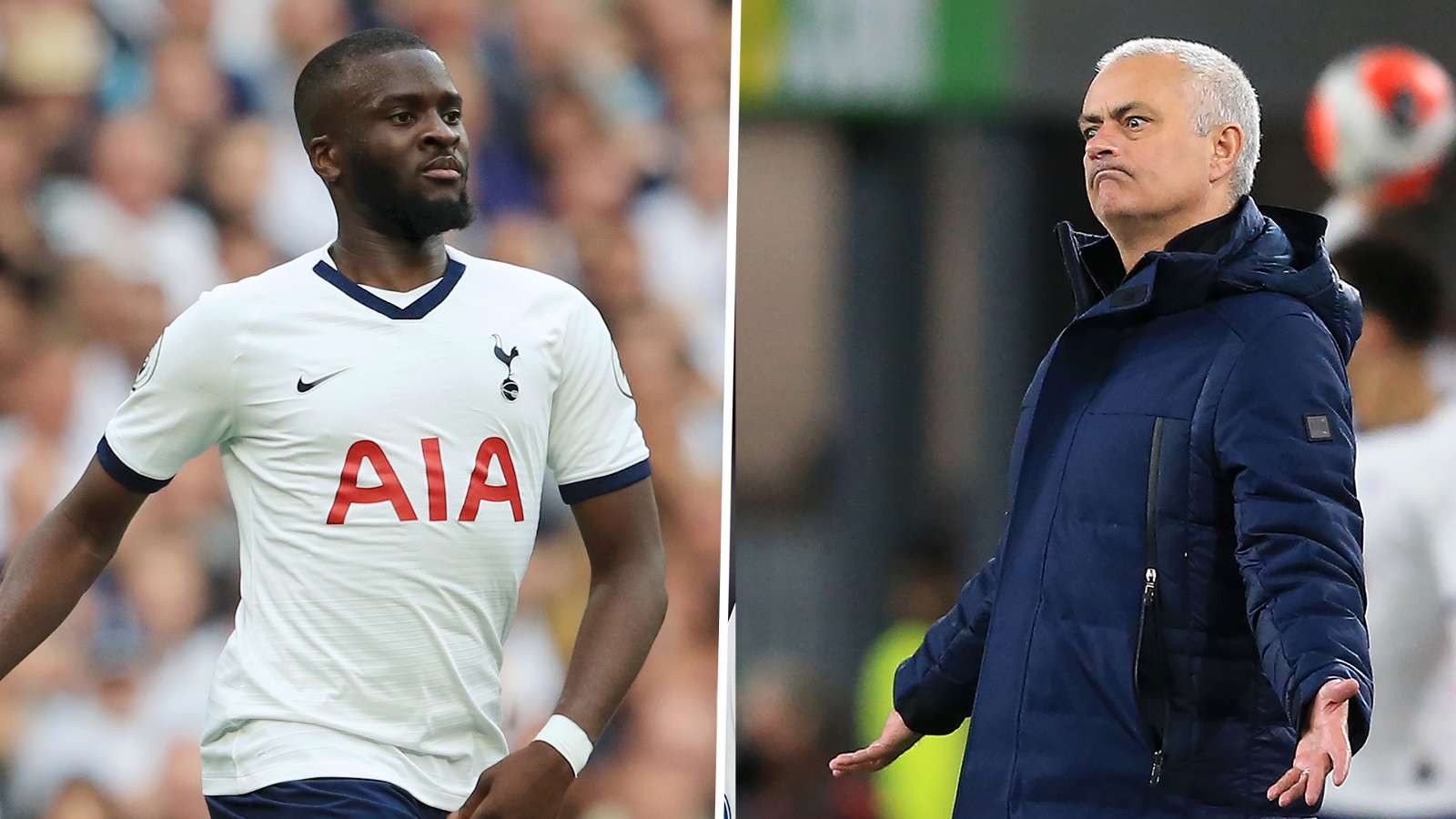 Tottenham head coach Jose Mourinho played down suggestions of a rift with Tanguy Ndombele after Spurs' win over West Ham.

Ndombele, a club-record signing from Lyon for a reported €60 million (£54m/$68m) last year, was again an unused substitute as Tottenham recorded a 2-0 win in the Premier League on Tuesday.

But reports in France said the midfielder had told Mourinho he no longer wanted to work with him.

However, Mourinho dismissed suggestions of a disagreement, telling a news conference: "No. On the bench was Tanguy, was Ryan Sessegnon, Toby Alderweireld, Jan Vertonghen. Who else? Gedson Fernandes and they didn't play and that's football. For me, there is nothing.

"I felt that the team was fine. I never believed that 2-0 was a completely safe result because of course they were trying everything and one goal could change our state of mind and give them the motivation they need for the last minutes so I decided to keep the team stable and three changes were enough."

"Sometimes I apologise to my players that are not my first choice because I feel the work in training is something that deserves more than what I give, but I have to do my job the best I can and I felt for these two matches I didn't need him."

Spurs are seventh in the table, six points behind fourth-placed Chelsea, after a Tomas Soucek own goal and Harry Kane strike.

Mourinho said he warned his players of the importance of claiming three points when they were level at half-time.

"First of all, the three points were not important, they were crucial. I told the players that at half-time," he said.

"Don't think if we don't win this match we still can think about chances because tonight is three points or nothing so three points fundamental, then great clean sheet."