Mourinho: Dinamo coach going to prison changes nothing for Tottenham 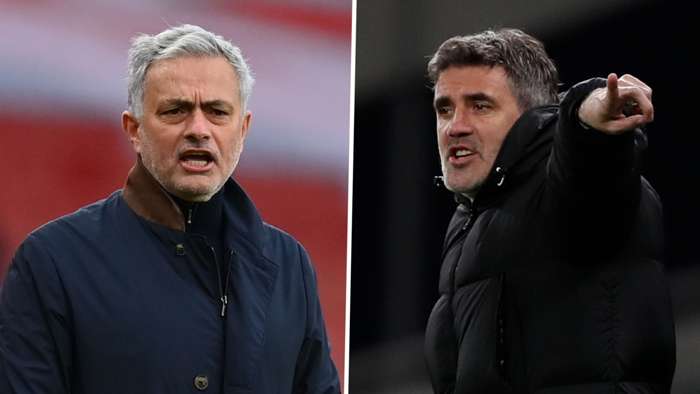 Tottenham boss Jose Mourinho insists that his Europa League plans against Dinamo Zagreb have not changed, despite the Croatian clubs head coach stepping down after being sentenced to a prison term.

Zoran Mamic and his brother Zdravko were found guilty on corruption charges in 2018, and on Monday were ordered to spend four years behind bars.

Mamics assistantDamir Krznar has been appointed in his stead, but Mourinho will maintain the same approach to Thursdays second leg.

"An unusual situation? Ok. But what do you want me to do?

"I don’t remember [experiencing something like this], I don’t remember. Same players, same team, the assistant coach becomes the coach now, the ideas are the same there, the philosophy is the same.

"Theyre not going to change anything in two days. When someone is the assistant shares the ideas of the head coach, I dont feel anything is going to be different."

Spurs go into the last-16 decider as hot favourites to advance into the Europa Leagues quarter-final stage.

Harry Kane netted a double in the first leg to put the Londoners in firm control of the tie with a 2-0 away win, and Mamics resignation adds further disruption into Dinamos plans.

The coach continued to declare his innocence even after being sentenced, affirming in a statement: "Although I dont feel guilty, I resign as I said before I would do if the sentence was confirmed."

Mamic had been appointed for a second spell on Dinamos bench in July 2020, relinquishing his role as sporting director, having led the Croatians to three straight league titles during his previous stint in charge.

Under his watch Dinamo won the 2019-20 First League title, their third consecutive national crown; while they currently sit top of the league, leading closest challengers Osijek by two points.

The story of the rabona - from La Plata to Lamela