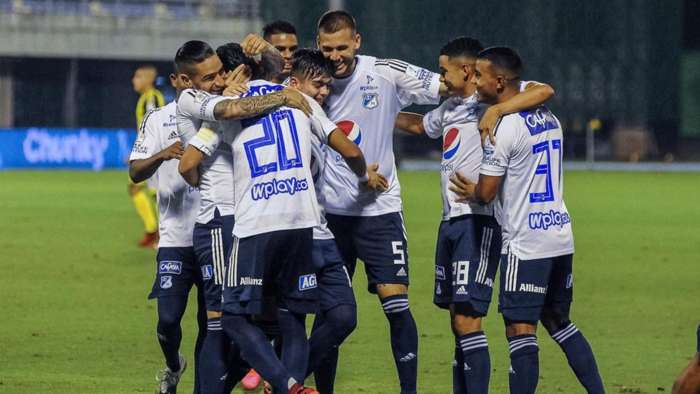 The Liga Betplay is the top level of football in Colombia, with 19 teams from across the country fighting it out in the 2021 edition which started in January.

All games are live streamed on Fanatiz and you can sign upto watch free here.

The campaign is divided into two stages, with a winner crowned at the end of each phase following a play-off competition involving the best eight teams from the regular season.

Both the Apertura and Finalizacion are counted as league victories in their own right, marking a return to the previous format following alterations to the system during the Covid-affected 2020 season.

Millonarios have hit a fine vein of form and look set to claim a play-off spot among the Primera top eight clubs.

The Bogota giants have won their last three games to recover from a blip in form which saw them fall from the summit, and sit in fourth place going into Sundays crunch match.

Nacional have also been in fine form as of late, winning two and drawing one of their last three outings in the league.

Victory on Sunday would take them ahead of Millonarios in the standings, placing them in a strong position to make the play-offs with just five matches remaining in the regular season.

Millonarios vs Atletico Nacional is available to stream worldwide on Fanatiz, where you can sign up for a 7-day free trial.

You can watch all of the 2021 Liga BetPlay season live on Fanatiz .