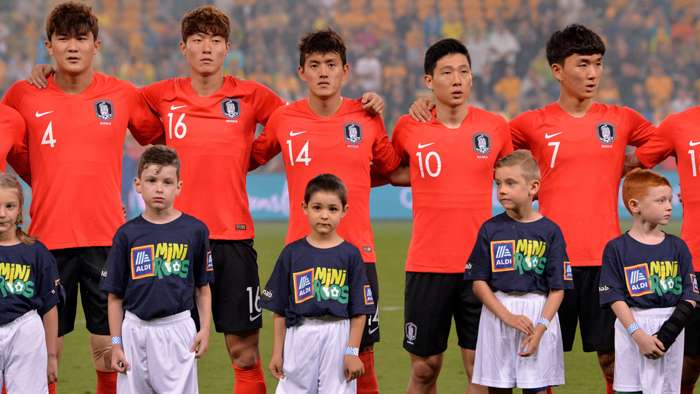 South Korea will take the field for Saturday's friendly against Mexico despite seeing a host of players test positive for Covid-19, the Korean Football Association has confirmed.

Forward Lee Dong-jun, midfielders Kwon Chang-hoon and Hwang In-beom, goalkeeper Jo Hyeon-woo, and an unidentified staffer were the confirmed cases according to the association.

TheKFAadditionally noted that in a second round of tests conducted on Saturday morning in Austria, two further players,Kim Moon-hwan andNa Sang-ho, returned positives and were also separated from the squad.

The outbreak in Austrian capital Vienna had put Korea's friendly clash in the Stadion Wiener Neustadt due to the risks of further infection.

But the KFA insists that the situation is under control and that the game would not be abandoned.

"The Mexico Football Association and the Austrian Football Association hoped to play the match based on the FIFA/UEFA rulesand following the precedents set in October and November, while the KFA also accepted the request of the two associations in consideration of various conditions.

"According to the rules of FIFA and UEFA, if there are 13 or more players (including one goalkeeper) eligible to play (withnegative Covid-19 tests), the game can be played.

"Currently, four of the 25 national team players, including Kwon Chang-hoon, Lee Dong-jun, Jo Hyun-woo, and Hwang In-beom, have tested positive. The number of people who can participate in the game is 19.

"Ahead of the match between Japan and Panama, which took place in Graz, Austria on November 13th, just before the game with Mexico, two Covid-19 confirmed cases came out from the Panama squad, but the match was held excluding the two players.

"In October, a similar situation was produced, but the match was not cancelled. At the time, Cristiano Ronaldo (Portugal)tested positive for Covid-19 ahead of the match, but the international was normally held without Ronaldo.

"Meanwhile, the national team's squad and coaching staff conducted a PCR test within 72 hours of travelling to Austria, and all negatives were confirmed. In addition, according to the FIFA rules, a second inspection was conducted at 5pm on the 12th, two days before the game, and Kwon Chang-hoon, Lee Dong-jun, Jo Hyun-woo, Hwang In-beom and one staff member were positive.