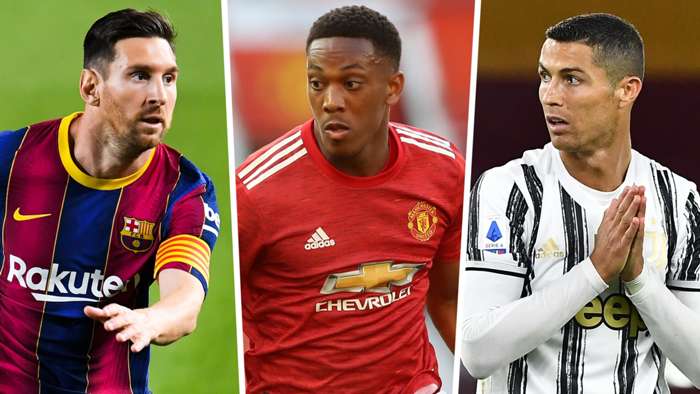 Anthony Martial has been told that he must look to Lionel Messi and Cristiano Ronaldo in a bid to become a “world-class” frontman, with former Manchester United striker Dimitar Berbatov saying that the Frenchman is still too inconsistent.

Questions continue to be asked, though, of his value as a No 9, with Berbatov among those looking for more from a player he says boasts the potential to be a devastating option in a central role.

“I saw some comments from Paul Scholes andhe was critical of Anthony Martial, and my opinion of Martial is well known now,” ex-United frontman Berbatov tod Betfair.“He may never be the out and out No 9, he prefers to come in from the wing, doing his tricks, and drawing fouls.

“The only criticism is that he isn't as consistent as he could be. He isn't brilliant in every game, anduntil he is consistent, it is hard to describe him as world class.

“It's what separates the good players from the great ones. You look atRonaldo and Messi, they scored lots of goals every season for 10 years. When you're at a big club, and you don't perform consistently, you will have critics.

“We must remember, Martial is playing with 10 men around him, so it isn't just him underperforming. It can be difficult for the type of player that Martial is to stand out when he isn't getting the support from around his team, and the poor team performance will make him look worse.”

As eluded to by Berbatov, United legend Scholes is another to have queried Martial’s value to the Red Devils cause as he waits to open his account in the 2020-21 campaign.

“The problem with United's forwards is that none of them is an actual centre-forward,” Scholes told Stadium Astro.“Martial almost conned us into thinking he was one at the end of last season becausehe scored so many goals and was quite good.

“He's started this season quite poorly again, which makes you think he isn't. It's misleading. That's why I've kept saying we need a top-class No9.”