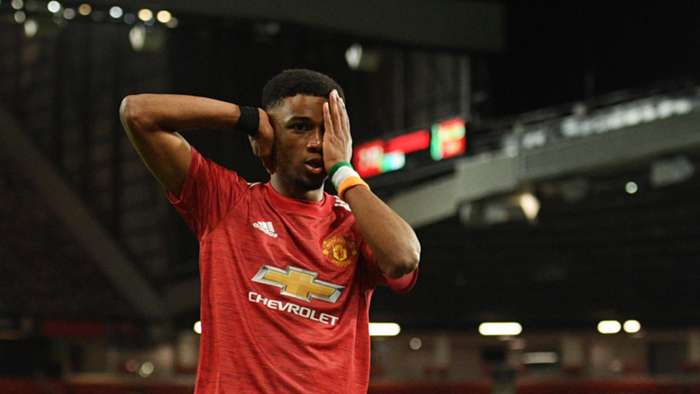 Manchester United wonderkid Amad Diallo has been handed his first senior call up for the Ivory Coast.

Amad has impressed since joining United from Atalanta in January, with Ole Gunnar Solskjaer now picking him regularly to feature in the first team after initially allowing him to find his feet with the U23 squad.

The 18-year-olds performances have also caught the eye of Ivory Coast bossPatrice Beaumelle, who has included the winger in his set-up for the latest set ofAfrica Cup of Nations qualifiers.

United have confirmed Diallos inclusion in thesquad along with Eric Bailly, who has already got 36 international caps to his name.

A statement on the Red Devils official website reads: "Coach Patrice Beaumelle has namedAmadin a 30-man squad for the Africa Cup of Nations qualifiers, with Baillyalso included. We can confirm the centre-back is to travel to link up with the group."

Amad will be available for selection whenBeaumelles side take on Niger in a Group K clash on Friday, which they must win to hold on to top spot.

The Ivory Coast are leading the pool on goal difference ahead of Madagascar, with Ethiopia a point further back in third.

If Amad doesnt feature against Niger, he could be handed his first appearance for his country against Ethiopia on March 30.

Amad came off the bench for his maiden outing in a United shirt during theirEuropa League clash against Real Sociedad on January 18.

He has since featured in three more matches for Solskjaers team, including a six-minute cameo in their FA Cup quarter-final defeat to Leicester City at the weekend.

Despite the fact he has yet to start a game, the teenager has shown glimpses of his explosive dribbling ability and eye for goal, most notable during an eye-catching second-half display against Milan earlier this month.

Amads brilliant improvised header helped United earn a 1-1 draw in the first leg of that round of 16 tie at Old Trafford, and saw him become the youngest non-British player to ever score for the club in Europe.

We’re in good dialogue with him - Solskjaer confirms Cavani talks