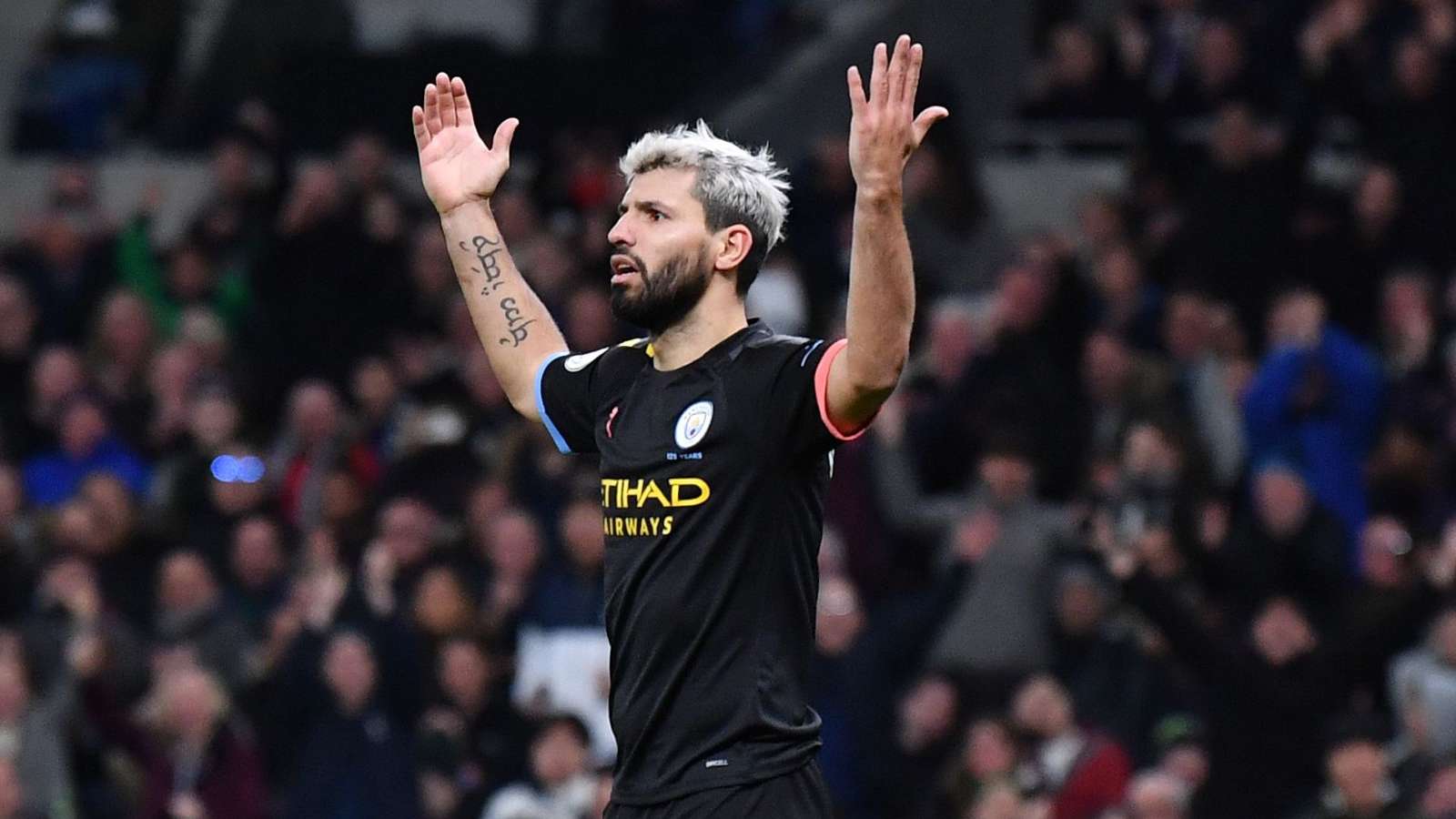 Sergio Aguero will have knee surgery on a knee injury on Thursday with Pep Guardiola waiting to find out when he will have the striker available.

The Manchester City striker is currently in Barcelona where he will be operated on by specialist Dr Ramon Cugat, who has performed surgery on various City players, including Kevin de Bruyne, Ilkay Gundogan, Benjamin Mendy and Aymeric Laporte in the past.

A timescale has not been put on Aguero's return and he has not yet been ruled out of the Champions League restart in August.

"Tomorrow he’ll have surgery with Dr Cugat in Barcelona. Once he finishes the surgery maybe we’ll know exactly the time when he can come back to join us and play with us," Guardiola told hisnews conference ahead of Thursday's clash with Chelsea.

"I don’t know right now about the Champions League. After surgery we’ll know exactly what the doctor sees and exactly what he has done. He will tell us more about the time to come back."

The injury leaves City with only Gabriel Jesus as a recognised striker although Guardiola insists he has options including Raheem Sterling and Ilkay Gundogan, who has been more recently used as a defensive midfielder.

"We don’t have any doubts about Gabriel," the City boss added. "The only doubt we have is because not one single player with the preparation we have can play every three days.

City face their third game in eight days on Thursday since the return of football following the shutdown enforced by the Covid-19 pandemic when they travel to Chelsea.

Guardiola made eight changes between the victoriesover Arsenal and Burnley and is expected to rotate again for the trip to Stamford Bridge, but he admitted that he will makes changes with the trip to Newcastle on Sunday in mind with the opportunity of defending the FA Cup becoming a priority as Liverpool run away with the league.

"We can’t deny that we have one eye on Newcastle," he said. "Chelsea and Liverpool are prestigious and important games but Newcastle is our game. A final for us.

"We have one eye on this but the other eye, the team selection depends on physical condition, the minutes they have played. We take a look a little bit at what is going to happen in the next, not just Chelsea."