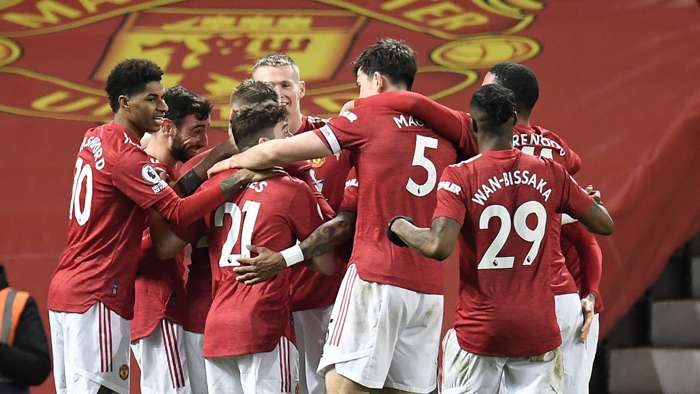 Manchester United have secured a new shirt sponsor deal with TeamViewer worth £235 million ($326m) ahead of their current deal with Chevrolet expiring.

The deal, which is the biggest shirt-only sponsor in the Premier League, will see TeamViewer’s logo in white on the front of United shirts from the start of next season.

Chevrolet have been the club’s main shirt sponsor for nearly seven years but, despite agreeing to extend their deal for six months, which would take them halfway through next season, there was no plan to extend itfor an eighth year.

TeamViewer have now been confirmed as the club’sprincipal shirt sponsor for the next five years. It is understood the deal is worth around £47m ($65m) per season and will see United earn around £235mduring the duration of the contract. It puts the deal on a level with the one Barcelona signed with Rakuten back in 2016 and United believe it is the biggest shirt only deal in the Premier League.

It also means that the club will now look for a new automobile sponsor with their deal with Chevrolet coming to an end. The club are also looking into a new sponsor for their training kit and training ground. AON signed an eight-year deal to sponsor the club’s Carrington training base back in 2013. It is not yet known if a deal will be struck to incorporateboth, or if the club will find separatecompanies for each.

Richard Arnold, United’s managing director, said: “We are tremendously proud to be establishing this partnership with one of the most exciting and dynamic global software companies.

“The ability to connect and collaborate has never been more important to the world and our community of 1.1 billion fans and followers. We are looking forward to working with TeamViewer to bring to life our vision for a partnership built on smarter ways of connecting people and businesses.”

TeamViewer is a German-based technology company founded in 2005. It produces software which is downloaded to allowremote control and maintenance of computers and other devices and has been installed on over two billion devices.

United decided to go into partnership with them as they feel they fit well with the brand because they are dynamic, innovative and have interest in expanding into global markets.