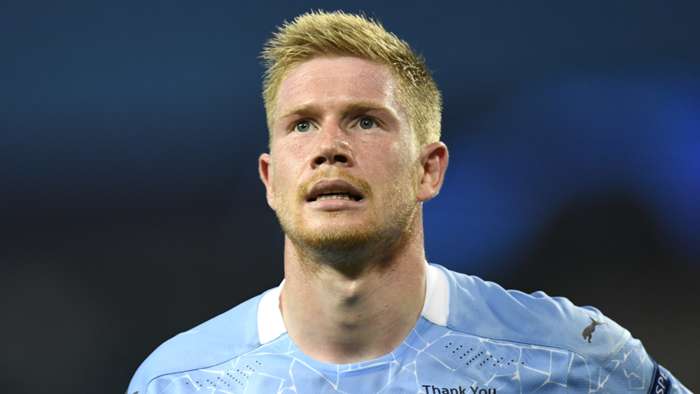 Manchester City have scored 100 goals in a single season for the eighth time in a row and are closing in on a record set by Manchester United.

Kevin De Bruyne made it a century of goals for the Premier League leaders in all competitions when he opened the scoring in the second leg of the Champions League last-16 tie against Borussia Monchengladbach on Tuesday.

The Belgium international smashed into the top corner from outside the box to give City the lead just 12 minutes into the tie, extending his sides aggregate lead to 3-0.

Ilkay Gundogan followed up with a goal six minutes later to net Citys 101st in all competitions.

They have now netted 17 across eight matches in the European competition, 64 in the Premier League, nine in the FA Cup and 11 in the Carabao Cup.

100 - Manchester City have scored 100 goals in each of the last eight seasons - only Manchester United (nine seasons between 2004-05 and 2012-13) have had a longer run of consecutive 100+ goal seasons among English top-flight teams. Ascendancy. pic.twitter.com/ngaDgvDFPG

The only other English team to have gone on a longer run of scoring at least 100 goals in each season is Manchester United, who reached the century mark nine years in a row from 2004-05 until Sir Alex Ferguson retired at the end of the 2012-13 campaign.

In setting Gundogan up for the second goal, Phil Foden maintained his impressive form this season.

He now has 11 goals and nine assists to his name this season, putting him well ahead of the rest of his age group in England.

The closest under-21 player in the Premier League to matching that tally of goal contributions isBukayo Saka, who has been involved in 12.

Meanwhile, Gundogan has emerged as the top-scoring German in Europe this season.

He has now netted 15 times in 33 appearances in all competitions for Pep Guardiolas team.