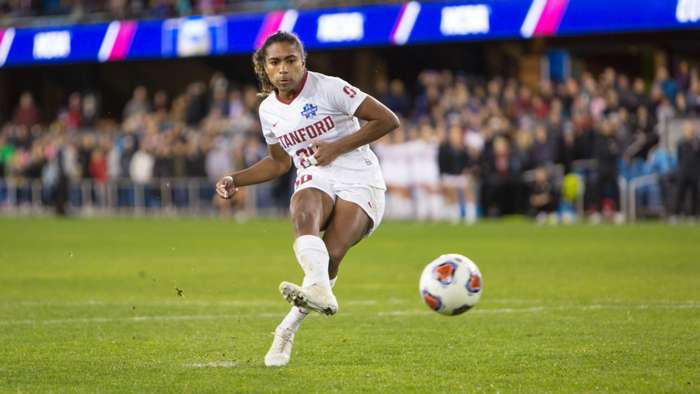 The governing body has now approved that request, meaning the 21-year-old phenom could make her USWNT debut on Monday in a friendly against Colombia. The U.S. will then face Colombia again in a friendly four days later.

"I want to thank everyone at U.S. Soccer, past and present, for the opportunity and I sincerely appreciate the literal years of work that went into getting this done," Macario said in a statement.

"Now that I’m approved to play, it’s up to me to show the coaches Ideserve to be on rosters and get playing time.

"Nothing is guaranteed, and everything needs to be earned, so it’s up to me to get my fitness to the level needed and keep learning every day. Just to be in the position is a dream come true and I’ll never take any of it for granted."

Macario announced on Tuesday that she had signed atwo-and-a-half-year deal with European champions Lyon after announcing earlier this month that she would forgo her final year of college at Stanford to turn professional.

The forward opted against signing with the National Women's Soccer League, where she would have almost certainly been the first overall pick in Wednesday's draft.

Macario, though, did say later on Tuesday that she is still planning on playing in the NWSL in the future.

"I would love to play in the NWSL one day and I know that will happen," Macario said to reporters. "I’m not sure necessarily when but obviously as an American it’s my dream to play where I reside and so I’ll definitely be coming back."