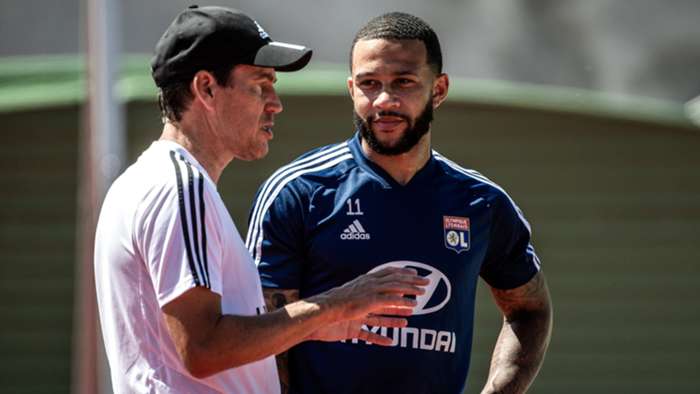 Lyon coach Rudi Garcia has hit out at his Barcelona counterpart RonaldKoeman over his criticism of Paris Saint-Germain and their pursuit of Lionel Messi.

Koeman hit out at PSG forward Angel Di Mariaafter he said he would love to play with Messi on the club stage, but Garcia feels it is a bit rich that the Dutchman is offended by the transfer talk after publicly talking up interest in Lyon forward Memphis Depay.

“I read that Ronald Koeman was a little offended that PSG spoke about Lionel Messi at the club before a Champions League match,” Garcia told BeIN Sport.

“He was not shy, even after the transfer window, to talk about Memphis Depay.

“It is called the water sprinkler and the sprinkler has been sprinkled.”

Barcelona have had their eyes trained on Dutch forward Depay for some time, and Koeman said publicly that he wanted to bring the forward to Camp Nou.

“I want to have him at Barcelona,” Koeman told AD.“I can’t know what the financial situation of the club will be then. We’ll have to wait.”

This has led Garcia to take the decision to call out Koeman, in light of the Dutch coach’s most recent statement.

Di Maria was careful with his choice of words, saying: “I have already played with Cristiano Ronaldo, Neymar, Kylian Mbappe. If I could play as well with Leo, I could happily retire after that!”

The Argentina international did add “my wife told me, 'if Leo comes, we will at least stay and you will make him a barbecue’” - but he stopped short of saying he wanted him to join PSG.