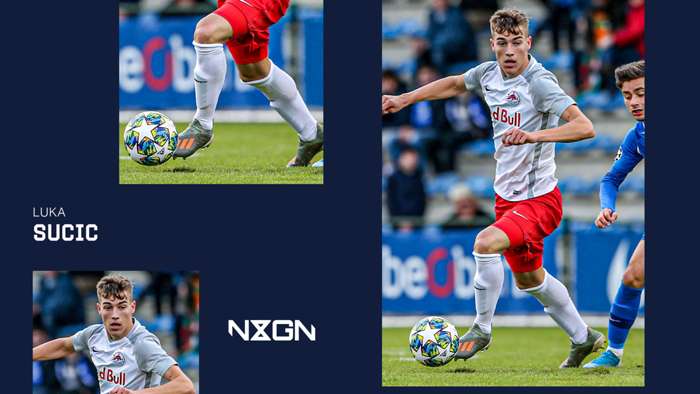 For all the criticisms regarding ownership, there is no question that the Red Bull group isamong the world's best when it comes to talent spotting.

Dayot Upamecano, Patson Daka and Dominik Szoboszlai will likely follow them in flying the nest over the course of the next 12 months, but the Red Bull production line is showing no signs of slowing down.

Salzburg tendto be the club where Red Bull send the majority of their top talents, with the Austrian champions set up in a way which allows young players to experience senior football far earlier than they would in Germany.

Until recently, players under the age of 17 were not allowed to play men's football in Germany, and instead had to wait for opportunities while continuing to learn their tradein the youth ranks.

There are not the same restrictions in Austria, however, making Salzburg the ideal spot for teenage wonderkids who have aspirations of eventually moving to Leipzig or beyond later in their careers.

Knowing this, Salzburg themselves have created their own 'B' team, with FC Liefering - a side packed with Salzburg's most talented teenagers -now one of the top teams in the Austrian second division despite their average age being well below their opponents.

The leader of the current Liefering sideand the next player set to make the jump to become a regular in the Salzburg first team is midfielder Luka Sucic.

Sucic has long been earmarked as a potential star since his arrival at Salzburg in 2016, though he had been firmly on their radar for two years before he was eventually signed up.

"The first contact people from Red Bull made with my parents came when I was 12," Sucic, who was born in the Austrian city of Linz but who represents Croatia at international level, toldGermanijak."At the beginning, I went to trainingfrom time to time, but then the club offered me a contract, which I eventually accepted

"Although it was not easy to move to another city and leave myfamily, we knew that the Red Bull Salzburg academy was one of the best in Europe, so we decided to take that step.

"It didn't take me long to see that for myself, and it's really great how they work with young players at the club."

Standing at over six feettall, Sucic has grown up being able to impose himself on games against his peers, with his physicality having also helped him adapt quickly to the needs of the men's game.

Though most comfortable playing in central midfield as a No.8, he has also excelled when playing wide on either the right or left-hand side as well as in a more advanced role as a No.10.

Sucic, who will not turn 19 until September 2021, came to prominence during the 2019-20 campaign, with his performances in the UEFA Youth League particularly catching the eye.

In 10 appearances he scored six goals and laid on two assists, finding the net against Liverpool, Napoli (twice) and eventual winners Real Madrid as Bo Svensson's side reached the final four.

He backed that up with an eye-catching first season playing for Liefering, for whom he scored four goals and created five more in 15 matches.

That form saw him rewarded with a new contract in July, with Salzburg keen to hold off interest from Juventus and AC Milan in the starlet by tying him down until 2024.

Heading into the current campaign, it was expected that Hungarian sensation Szoboszlai would move on after a season that saw the 19-year-old score 12 goals and lay on 18 assists in all competitions, which in turn, would open up a space in the Salzburg first team for Sucic to fill.

However, with the transfer market not as strong as it once was given the financial impact of the coronavirus pandemic, Salzburg were able to hold onto their primaryplaymaker as well as ruthless goalscorer Daka.

That threatens to limit Sucic's opportunities within the first team, though manager Jesse Marsch insisted before the season began that the midfielder was firmly part of his plan.

"He will be in the first team. My goal is to integrate him this season andnot to wait," Marsch toldGoal."I think he is a quality player who needs to be tested at higher levels and I think he has a big potential and future. A goal for him is to have first-team minutes this year, for sure."

Marsch has been good to his word, with Sucic having made his first-team debut in Salzburg's season-opening Austrian Cup clash with Bregenz in September.

The teenager got himself on the scoresheet in the 10-0 victory over lower-league opposition, and he has since made two further Bundesliga appearances, which included an assist against Wolfsberger.

Whether he is able to further showcase that creativity over the course of the season remains to be seen, but whether his true breakthrough comes in this campaign or the next, there is no doubt the Red Bull system has unearthed another special talent.