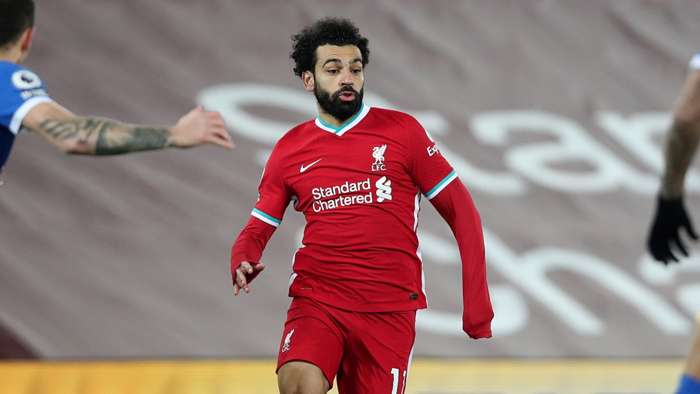 One of the most crucial Premier League fixtures of the season takes place on Sunday afternoon when Liverpool welcome Manchester City to Anfield.

Pep Guardiola’s men, meanwhile, did not even reach the top half of their table until their ninth gameof the campaign but have won their last nine fixtures to sit top of the standings.

Ahead of the game at Anfield, our tipster has used bet365’s Bet Builder - which allows users to put multiple selections from the same match into one bet – to come up with an 85/1 (86.0) bet.

The 85/1 (86.0) consists of: Mohamed Salah and Gabriel Jesus to score, and Rodri and Thiago to get booked.

Salah is leading the race for the Golden Boot with 15 goals to his name in the Premier League and 21 in all competitions, and the Egyptian also has a good record in this fixture, with five strikes in his last eight games against Man City.

For City, Jesus has struggled to secure a regular place in the starting line-up despite Sergio Aguero’s prolonged absence but a goal in each of his last two games has put him in good stead to add to his tally of four goals versus the Reds.

This game tends to feature plenty of bookings, with the last 11 renewals seeing a combined 48 cards, and this fixture is set to be no different.

Rodri was cautioned when the sides met at Anfield last season and has picked up three yellows this campaign, the joint-highest total of any City player so far.

Finally, new signing Thiago also looks a strong candidate to enter the referee’s book as, although he has only been cautioned twice in his Liverpool career, no Premier League player has conceded more fouls per game this season than the Spanish midfielder at 2.56 per match.