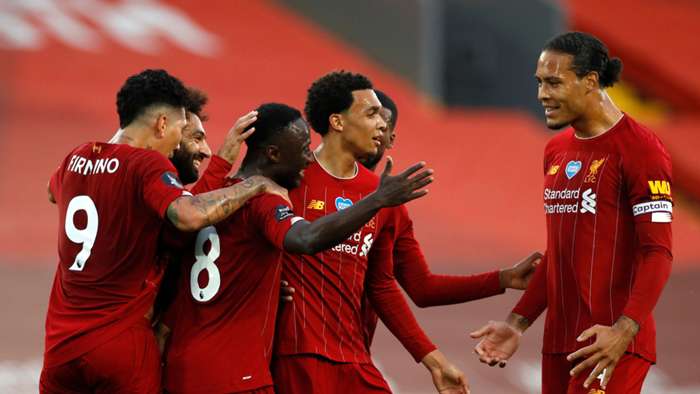 Liverpool will be hoping to begin their Premier League title defence with a win when they welcome Leeds United to Anfield on Saturday.

The Reds ended their 30-year wait for a league trophy in style last season, being crowned champions with a record seven games to spare.

However, Marcelo Bielsa’s men are also on a high after returning to the top flight following a 16-year absence thanks to a victorious Championship campaign, and can be backed at 9/1 (10.00) to mark the occasion with a shock win.

The sides shared a 2-2 draw at Elland Road in their last Premier League encounter back in 2004, and you can get odds of 5/1 (6.00) on them cancelling each other out once again.

Jordan Henderson is unlikely to feature despite returning to training following injury, while Alex Oxlade-Chamberlain and Xherdan Shaqiri are injured and new signing Kostas Tsimikasis unavailable.

While on the one hands the visitors could hardly have asked for a more difficult opener for their long-awaited comeback season, it may be positive to take on the champions at this early stage and before they have hit their stride.

With only a short pre-season behind them, Jurgen Klopp’s men certainly looked off their usual pace in the penalty shootout Community Shield defeat to Arsenal - most notably their famous front three.

Having let in just 35 goals in 46 Championship matches on their way to promotion, includingonly six times in their final 15,Leeds look well worth the generous 6/4 (2.50) to ensure under 2.5 goals against a Liverpool team not yet up to speed.