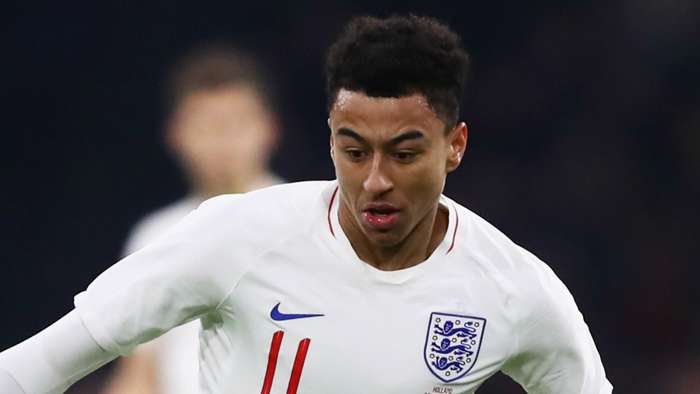 Jesse Lingard is being backed to earn an England recall just one game into his loan at West Ham from Manchester United, with David Moyes expecting the 28-year-old to come into Gareth Southgate’s thoughts.

Struggles for regular game time with the Red Devils saw Lingard slip down the pecking order, withJames Maddison, Mason Mount and Jack Grealish rising above him.

A fresh start is, however, being embraced in east London. Lingard is set to see out the 2020-21 campaign with West Ham and marked his debut for the club with a match-winning brace in a 3-1 victory over Aston Villa.

Moyes believes renewed confidence can lead to a return being made from the international wilderness, with Southgate in the process of piecing together plans for this summer’s European Championship.

“If he keeps that form up then it might be Gareth coming knocking again,” the Hammers boss told reporters after witnessing a dream debut from Lingard at Villa Park. He will have his own ambitions and challenges to show people he is at a level and he showed a really good level, Ross Barkley is very much the same for Villa.

“There are a lot of people who are pushing hard to make the England squad for the Euros and why shouldn’t Jesse push if he’s in the form he is in tonight?

“If he keeps playing as well as he did he will do a brilliant job for West Ham and if he keeps going like that then he’ll get back into the England squad. I hope he can get back to that standard.”

Lingard is determined to make the most of his time at London Stadium, havingbeen restricted to just three domestic cup appearances for United this season.

He told West Ham’s official website: “I'm coming into my prime years. I'm 28 and I want to be playing week in, week out. It has been a great move at the moment and I've got to carry it on.