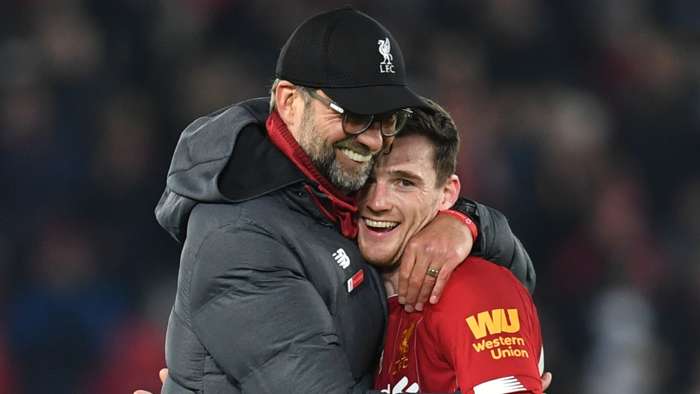 Jurgen Klopp said he could use a Javier Mascherano-type solution amid Liverpool's injury crisis in the centre of defence.

Joe Gomez is the only senior centre-back available for Saturday's clash at home to West Ham, while Nathaniel Phillips, 23, Billy Koumetio, 17, and Rhys Williams, 19, are also options.

Klopp said he had expected Phillips, who was on loan at Stuttgart last season, to leave the club.

The Liverpool manager also said it was possible he could use Jordan Henderson, Georginio Wijnaldum, James Milner or Andy Robertson at centre-back, in a similar way to what Mascherano – initially a defensive midfielder – did during his career.

"I know Nat Phillips the longest so I was really happy with this development. Since I know him he made big, big steps and is an exceptional character," Klopp told reporters.

"I said it before that the little problem was that we were all convinced, how it looked all the time… there were a lot of clubs interested in him and in the end, maybe because of the coronavirus crisis, nobody had the money to do it but we expected him to leave the club, to be honest. Thank God he didn't, but that's the reason why he is not in the Champions League squad, the only reason.

"He cannot be on the bench in the Champions League but he is available for the Premier League like all three are and now I have to make a decision.

"And we have still, obviously, other options like Hendo or Gini or James – or Robbo can play centre-half as well. They are all not smaller than Mascherano, for example, and he played pretty well in that position.

"So yes, we have obviously still one or two options and one of them, we will choose. Which one, you have to switch on the television tomorrow night."

Roberston has never played a senior competitive game at centre-back, while Henderson did feature in that position at the 2019 FIFA Club World Cup againstMonterrey.