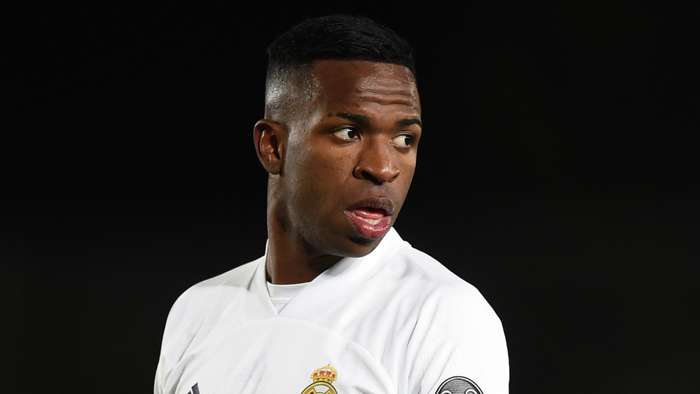 Zinedine Zidane has admitted his tactical tinkering may have hurt Real Madrid in their 1-1 draw with Real Sociedad, but says it does not affect their bid for the Liga title.

The draw leaves Real five points adrift of city rivals and league leaders Atletico Madrid, who they face on Sunday.

Zidane switched formations at half-time to a three-man central defence, and Portu ghosted in at the far post to head home on 56 minutes.

"I changed it because I wasn't happy with our pressing," Zidane is quoted as saying by Marca.

"If you've asked me and that's now three times, then yes, maybe," Zidane replied when asked whether the tactical shifthad hurt his side.

"In the end, you try to find things to change the dynamic."

Zidane's side travel to the Wanda Metropolitano on Sunday, and is happy with the form of his team.

"We have to remain calm," Zidane said. "We had a good game and we had three or four chances to score.

"Patience, calm and rest. We were up against a team that creates chances against you.

"We have to carry on.

"It doesn't change the way we go into the derby. We have to go there to have a great game."

Sevilla still have an outside shot, but the race for the title likely lies between Atletico, Barcelona and Real.

Atletico ended a two-game winless run in La Liga with a victory over Villarreal on Sunday, and they hold the balance of power with a five-point lead and a game in hand.

Barcelona have clawed their way back into the picture on the back of an unbeaten run in the league that dates back to early December, and were professional in beating Sevilla at the weekend.

The draw with Sociedad ended Real’s four-game winning run, and there are likely to be further twists in the weeks to come - with the top three still to face each other.