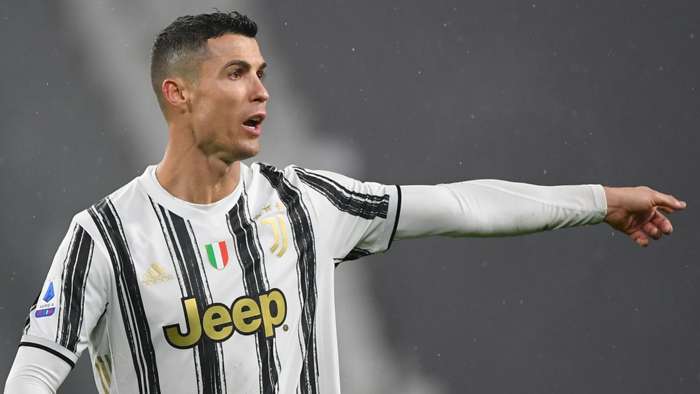 Cristiano Ronaldo has issued a rallying cry amid Juventus turbulent 2020-21 season, insisting they can still "have reasons to celebrate" come May.

Juve were knocked out of the Champions League in shock fashion by Porto earlier this month, and they are in real danger of surrendering their Serie A crown to Inter with only 12 matches left to play.

However, Andrea Pirlos side stillhave a game in hand on the Nerazzurri and a Coppa Italia final date against Atalanta to look forward to, with Ronaldo vowing that the squad will fight until the end to ensure that their domestic dominance is maintained.

Speaking after picking up the Serie A Player of the Year award for 2020, the five-time Ballon dOr winner said: “I could not have been happier and more proud of the Player of the Year distinction obtained for the second time since I arrived in Italy.

"Thank you very much for this recognition to the Italian Footballers Association, Juventus, my team-mates and our fans.

"I would like to promise the whole Juventus universe that we will continue to work until the last day because we can still, all together, have reasons to celebrate this season.

Juves erratic form hasnt stopped Ronaldo from matching the lofty standards of his first two seasons in Turin, with the 36-year-old having scored 30 goals in 33 games across all competitions to date.

The Portugal striker increased his haul with a stunning hat-trick to help the Bianconeri beat Cagliari on Monday, and he says his dedication to his craft is the main reason he is able to continue delivering the goods in the final third.

"The secret is to keep enjoying football.Consistency, confidence in ones own means, work and passion are the secret," Ronaldo added on his longevity at the highest level.

As it stands, Juve are sitting ten points behind Serie A pacesetters Inter in the standings, but they can close that gap to seven and leapfrog Milan into second place if they win their game in hand.

Pirlos men are due to face Benevento next, and still have tough fixtures to come against Napoli, Atalanta and Milan, while they are due to welcome Inter to the Allianz Stadium on the penultimate weekend of the season.

Juve will have to be almost flawless in order to close the gap on Inter, but if Ronaldo can stay fit there is still an outside chance that the club can achieve an unprecedented tenth successive Scudetto.