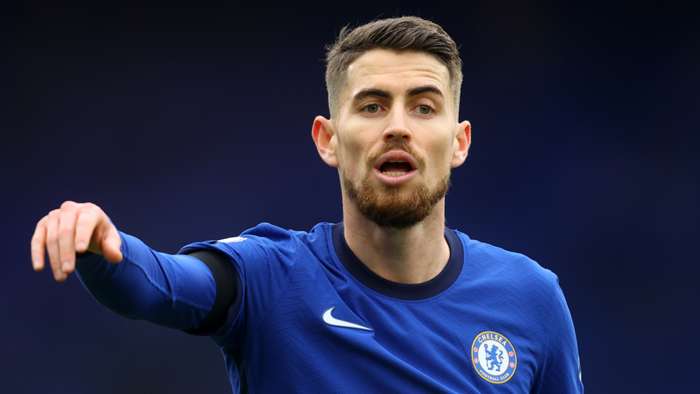 Jorginho has aimed a veiled dig at the long-ball tactics of former Chelsea boss Frank Lampard, with the Blues midfielder claiming to be thriving as a result of Thomas Tuchel implementing a playing style that is better suited to his game and that of many around him.

Chelsea were far from being direct during the reign of a club legend, but they were prepared to go from back to front quickly when required.

Jorginho, with his creative qualities taken into account, was unable to influence proceedings as much as he would have liked, but has taken on a prominent role with Tuchel now calling the shots.

The Italy international told Chelsea’s official website: “The coach wants us having control of the game, playing from behind, even when the pressure comes.

“So, for me, it’s a good way to play football that I like and enjoy, and I think it’s better for my characteristics than playing long balls, and second balls.

“When it’s Kova [Mateo Kovacic], his style is to play short, to come, so I know if he wants to play one-two or when he wants some space to move forward and to dribble.

“So, I just try to help him, either give him the space, or come over to help him and give him an option – whatever he needs to get out of the situation.

“With Kante, it’s kind of the same. When you play with your mates, you need to understand each other, and understand their characteristics as well. So, I know that Kante has big power, so I tell him when he can turn.

“With Kante, it’s more about talking: ‘Turn! Man on!’ or talking so he knows I’m there for the short pass. So, I just try to give him an option to do a one-two and get out.

“Oh yes, big brains [Kante and Kovacic have big brains]. They have more legs than me, though!”

The 29-year-old midfielder has taken in 28 appearances for Chelsea across all competitions this season.

He has registered seven goals and an assist across those outings, with just one more effort required in order to record a personal best in the final third.

Tuchel has found the right role for Jorginho, with Chelsea now thriving as a collective.

The Blues are yet to come unstuck under their new boss, with an impressive unbeaten run stretched to 13 games.

Within that sequence, progress has been made to the quarter-finals of the Champions League – where a meeting with Porto lies in store – while a top-four standing in the Premier League has been cemented and a FA Cup quarter-final clash with Sheffield United will be taken in on Sunday.