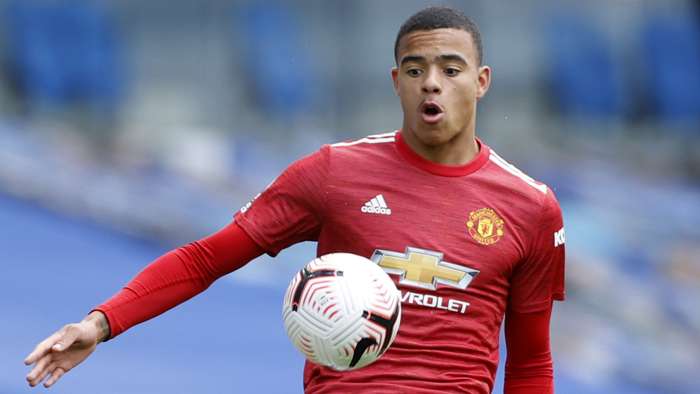 Mason Greenwood has defended his form at Manchester United amid a lengthy scoring drought, insisting "its not all about goals".

Greenwood scored 17 goals across all competitions in his breakout 2019-20 campaign at Old Trafford, leading to suggestions he could become the Red Devils first-choice No.9 in the coming years.

However, the 19-year-old has been far less prolific this season and has struggled to hold down a regular spot in Ole Gunnar Solskjaers starting XI, but he believes too much focus has been placed upon his output in the final third.

"As you know, here at the club there’s always been a lot of goalscorers and I think the main focus that they had was just to keep the mentality strong.

“It’s not all about goals, obviously I love scoring goals but my overall play has been improving and I’d probably say I’ve done better this year with my general play, assists and stuff like that.I think my defending off the ball and on the ballis improving and I’m pleased with that.

“Obviously I’d like to be scoring more goals and when those two things combine together I’ll be back."

Greenwood has been in and out of Solskjaers line-up so far this term, but has still managed to rack up 38 appearances across all competitions as United have fought for success on both domestic and European fronts.

The teenager has only scored four goals, including just one in 23 Premier League outings, but has also laid on five assists for his team-mates while switching between a traditional centre-forward berth and a role out wide on the right.

However, he has not scored in his last 15 appearances and his sole Premier League goal came away at West Ham in early December.

Greenwood could get another chance to prove himself when United take on Leicester City in the quarter-finals of the FA Cup on Sunday.

The England frontman has a good chance of starting at the King Power Stadium with Marcus Rashford and Edinson Cavani both injury doubts for the last-eight tie.

The Red Devils will then take in a two-week hiatus as the international break comes into effect before preparations begin for a Premier League meeting with Brighton on April 4.