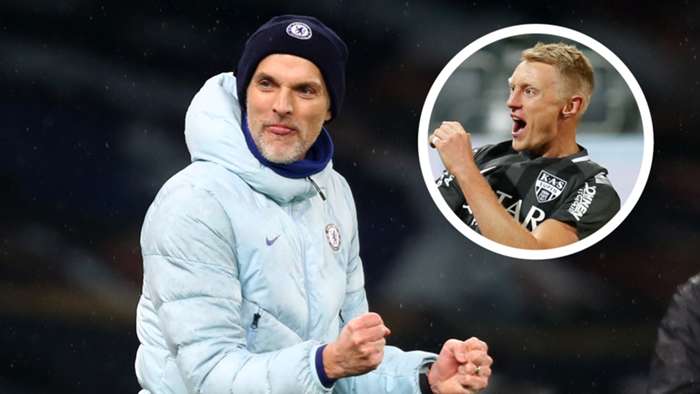 Thomas Tuchel has already had a massive impact at Chelsea but one of his former players, Germany international Andreas Beck, says that the best is yet to come.

When Tuchel replaced Frank Lampard as manager on January 26, the Blues were 10th in the Premier League table, with their hopes of qualifying for next seasons Champions League fading fast after claiming just seven points from their previous eight games.

However, Chelsea now sit fourth thanks to a10-game unbeaten run in the league that has everyone connected with the club singing the praises of their new boss.

Beck, though, is not in the least bit surprised. He played under Tuchel at youth level and never had any doubt that his compatriot had the requisite quality and character to make it at the very highest level.

"When I arrived at Stuttgart, Thomaswas the coach at Under-13 level," Beck tells Goal."Then, when we became Under-19s champions, hewas the assistant coach. By then, it was like an older brother relationship, even though he was 10 years older than me.

"After that, I became a professional player at Stuttgart and Hoffenheim, while he was coachingMainz and then Dortmund. We face one another so many times.

"Even now, we sometimes text each other. I love how he developed his career.He is one of the best. He is a special character with a uniqueenergy. He was focused on being a world-class coach and he became exactly that.

"He is now managing some of the biggest teams in the world and yet I still have the feeling he has only just started his career, and that he still haseverything ahead of him.

"I really admire his brain. Thomas was one of the best coaches I had. He teaches players how to play, tactically and technically. Then, there’s his psychological coaching, which is very demanding. He asks you to give everything.

"Yes, you have fun and enjoy it, but Tuchelis about going for it, fighting for it until you are exhausted and asking you to enjoy that process. Thomas even asked that of the kids, and he asked for it every single day: Okay, go and do your simple passing exercises but always approach it like it is the last pass ofyour career.

"I had the feeling that he always focused on the group. You have to respect the group, the team was the main thing and he asked for a lot of discipline.

"Each session was intense. It was f*cking hard work but you had to give it all to be successful.

"It isn’t the easiestapproach for a coach to bethis demanding and always ask for 100 per cent. Not every playerlikes it that way. But this is what I remembered about Thomasand what I respected about him."

It always brought the best out of Beck, who also thoroughly enjoyed playing under the hugely influential Ralf Rangnick during his time in charge of Hoffenheim.

Thats hardly surprising, of course, given it was Rangnickwho had brought Tuchel to Stuttgart in the first place.

"They have similarities but they are also two different characters," Beck explains. "Ralf was one of the most important characters in my career. He taught me a lot. He is also very demanding.

"When Ralf became part of the Bundesliga, he definitely innovated. We played this unbelievable pressing game with Hoffenheim.

"It was an attacking style, with no time to breath. We were always hunting the ball and, in our first Bundesliga season, we fought for top spot even though nobody knew Hoffenheim.

"We played Jurgen Klopp’s Dortmund athome, we won4-1, and Iremember Klopp said afterwards We need to play like that!

"Ralf likes to get good players in buthe says that you then have to write software for them. He also gets involved in all parts of the club so they are functioning together.

"What happened in Hoffenheim happened afterwards atRB Leipzig; it is all his idea. Ralf has a legacy and people will remember him.

"He innovated, wanted to change things and now you see Dortmund and Bayern Munich are hunting the ball. Manchester City are doing it, too, with Pep Guardiola."

Despite enjoying his seven-year stay at Hoffenheim, Beck jumped at the chance to realise a dream by playing outside Germany and he is now on his second spell abroad, in Belgium with Eupen, having previously spent two years in Turkey, at Besiktas.

However, he also had offers from some major European clubs during his career.

"Lyon were interested and there had been talks," Beck continued. "I know Newcastle had talks and then there was one period where Ralf had left Hoffenheim and my future was unsure.

"I had an offer from Juventus but we couldn’t complete the deal. The contract was there but I waited until the summer and the new coach Antonio Conte wanted players who knewthe Italian league, so it didn’t happen.

"I renewed my contract a few times and became the captain for five years, so I didn’t regret it. But that’s why when the offer for a big club like Besiktas, even though it wasn’t in as big of a league, I had to take it. It was an incredible team and offer and the right decision to go.