It is about Chelsea - Tuchel unconcerned after Kepa dropped by Spain 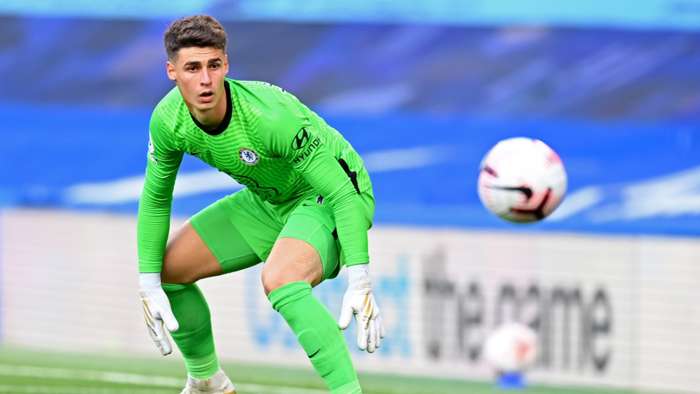 Thomas Tuchel has dismissed any personal concerns Kepa Arrizabalaga may have after the goalkeeper was dropped by Spain for the first time since joining Chelsea.

Kepahas lost his spot at Chelseato Edouard Mendy over the last few months, with the £22 million ($31m) summer signing from Rennes amassingan impressive 20 clean sheets in 31 appearances for the Blues, including 10 in his last 12 appearances.

Mendys risehas limited Blues record signing Kepa, who joined in a £71m ($99m) deal from Athletic Club in 2018, to just nine appearances this season. But Tuchel has called onthe 26-year-oldto keep focused on his work for his club.

"It is his personal goal to be in the squad of Spain. Would it be easier if he played regularly? Clearly, yes, but it is not about his personal objectives, it is about Chelsea and we have set the communication straight between our goalkeepers that Edu is the number one and he is the competitor for that and he has to be ready and he is exactly doing this.

"He is 100 per cent reliable, top guy, top goalkeeping, top performance in training together with Willy Caballero; this is outstanding. That does not help our strikers because it is so super hard to score in training because of our goalkeepers.

"This is what he can do. Can we influence the decision from the Spanish national coach? No we cannot. Everything he can do is be focused and be ready. This is what he is doing and why I am super happy with him."

Tuchel has opened up chances for fringe players in his squad since taking over as manager in January, including Kepa.The German offeredKepaa "new start" to build competition with Mendyafter giving the Spaniard consecutive starts last month.

However, almost in the same breath, he asserted that the Senegal international remains his starting goalkeeper. Kepa lost confidence under Frank Lampard last season, which led him to have the worst save percentage in the division.

Kepa has alsobeen known to be weak at taking crossesand at set plays, which became a focus for opposition teams. The Blues explored loaning him in the summer but his wages proved too costly for interested clubs.

Mason Mount and Jorginho are suspended after receiving yellow cards in the first leg in Bucharest – a 1-0 win for Chelsea.Olivier Giroud could be recalled to the starting line-up after scoring the winning goal with an acrobatic overhead kick in the second half against Diego Simeones side.

However, Thiago Silva and Tammy Abraham remain out injured and will not return until after the upcoming international break in March and April.

PSG and Mourinho wanted me - Rudiger