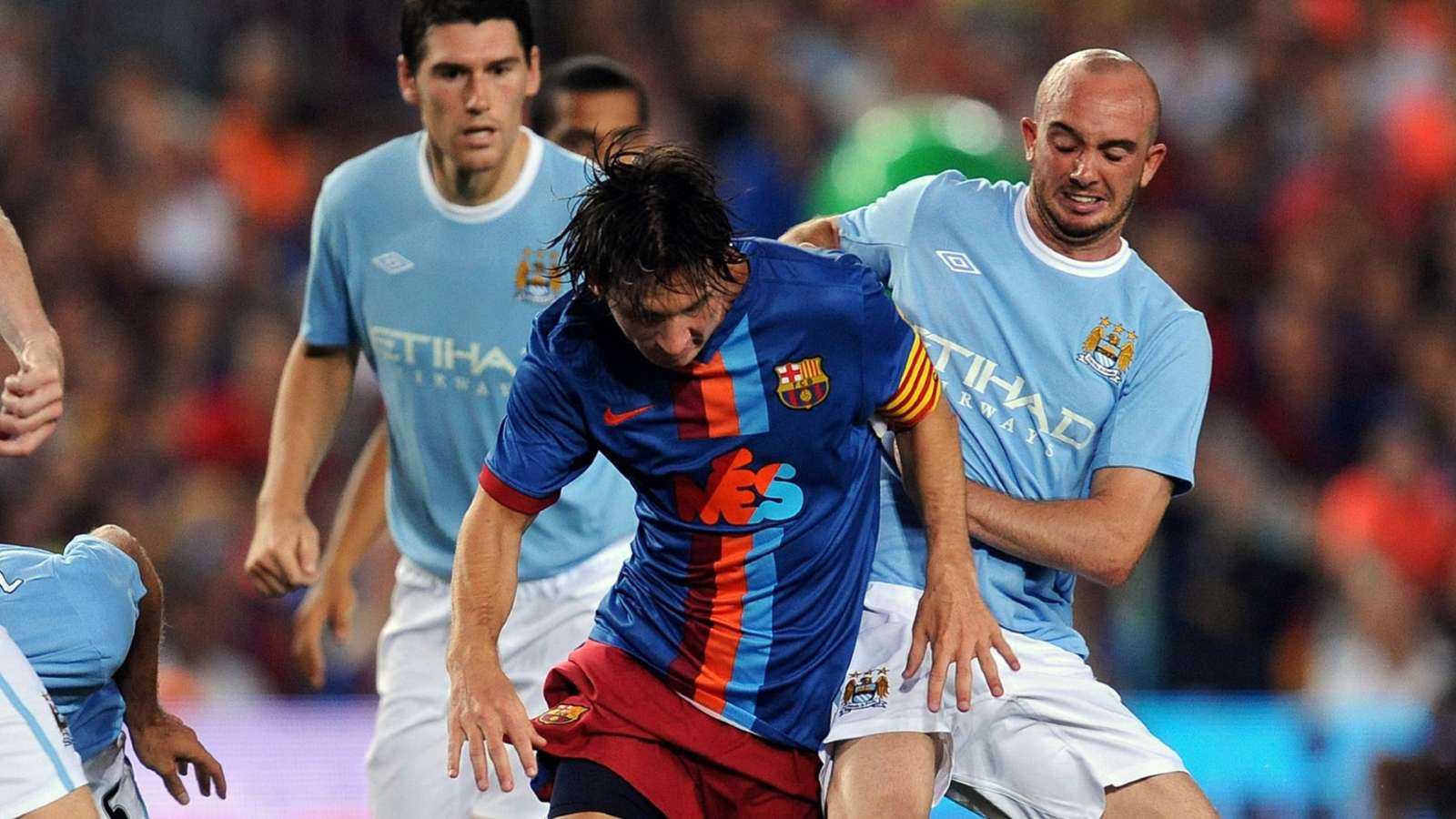 Stephen Ireland has revealed how he once got the better of Lionel Messi in a pre-season friendly while also earning the title of "Superman" from Barcelona president Joan Laporta.

The former Manchester City star says that Laporta bear-hugged him ahead of a warm-up match in 2009, a period where Ireland was a key player for the Premier League club.

Ireland made 176 appearances for City between 2005 and 2010 after making the leap from the club's academy, before subsequently moving on to feature at Aston Villa.

He also took in spells for the likes of Stoke and Bolton during his career, although he never played a match for the latter before ending his career in 2018.

And that career could have gone much differently, according to Ireland, who believed that there was a chance to move to Barcelona around the time of that pre-season friendly.

“We played against Barcelona in pre-season and I was the best player on the pitch by a country mile,” Ireland told The Athletic. “Messi was playing. He went on one of his mad runs and I just thought, ‘I have to tackle him’. I did this massive hook tackle on him. It was an amazing tackle.

“There were four or five times when I read his passes and intercepted them. I went round him. I gave him the eyes and went a different way. It was cool, really cool, to be out there with him.

“On occasions like that, you’re more alert, you try harder. You run quicker, you see more. I’m built for that.

“I remember on the bus to Camp Nou, two players saying to me, ‘If you play well today, Barcelona will sign you’. One was Javier Garrido, a Spanish boy.

“The other was Pablo Zabaleta. Now I think, ‘Was I really that close? Was I that good? Was I that recognised that something like that could actually have materialised?’”

While the game against Barcelona was a memorable one for Ireland, the former midfielder added that the run-up to that game was equally unforgettable.

Even before his pre-season display, Ireland said that Laporta approached him following a training session, causing Ireland a bit of panic.

“The day before the game, we had a training session. And as we were coming up the tunnel, Barcelona’s president was there,” he said. “All the players were like, ‘That’s him!’. He kinda pushed everyone to the side, grabbed me and gave me a massive bear hug.

“He put his arm around me and I started to sweat so bad. I was thinking, ‘Oh my God, if he picks up on this it’s going to be so embarrassing’. I was red in the face, drenched with sweat. Oh sh*t, how uncool did I look?

“And he started telling everyone, ‘Hey, this guy is the man, this guy’s number one. This guy’s Superman!’. Looking back, I really feel I was good enough to have stayed another six, seven or eight years at City.”