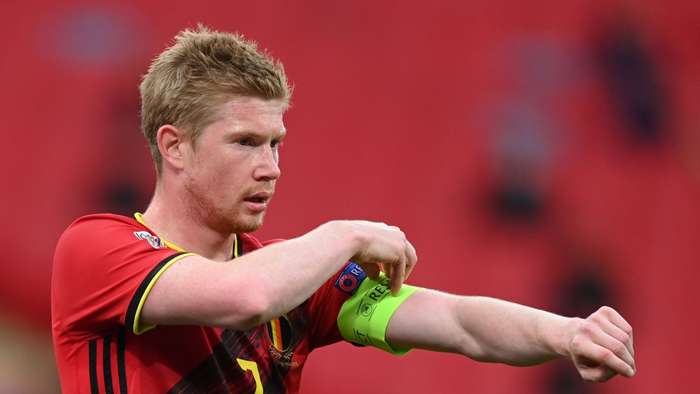 Manchester City have been given an injury scare after Kevin De Bruyne was forced to withdraw from the Belgium squad and return to the Premier League side.

The midfielder did not appear to be carrying an injury, though he was seen talking animatedly with boss Roberto Martinez as he made his way off the pitch.

Speaking after the game Martinez appeared to deliver good news byconfirmingthat De Bruyne was not injured, but he did need to be assessed.

"I would not say that Kevin is injured. He said he felt something,"said the Spaniard.

"It is too early to know what he has, but he did not feel a hundred percent. It was rather a precautionary change."

However, after being assessed by the medical team it appears De Bruyne is not fit enough to feature against Iceland on Wednesday and has instead returned to Manchester.

"UPDATE: Kevin De Bruyne has returned to his club. He couldn’t be fit enough to play against Iceland,” read a statement posted on the Belgium’s Twitter account.

Thoughthe extent of the injury is unknown, De Bruyne must now be considered a doubt for Manchester City’s Premier League clash against Arsenal on Saturday.

It is a further headache for City boss Pep Guardiola, who already has to deal with a lengthy injury list.

Raheem Sterling was forced to withdraw from the England squad last week with a thigh injury, though he is hopeful go being fit for the Arsenal clash. Sergio Aguero meanwhile has been sidelined since picking up a knee injury Manchester City’s first game of Project Restart against Burnley in June.

Oleksandr Zinchenko has yet to make an appearance for City this season because of a muscle injury, while Gabriel Jesus picked up a knock in his only appearance of the season against Wolves last month.