'I wanted to sign Bale at Man Utd' - Red Devils had a 'chance' to snare Welsh superstar, says Moyes 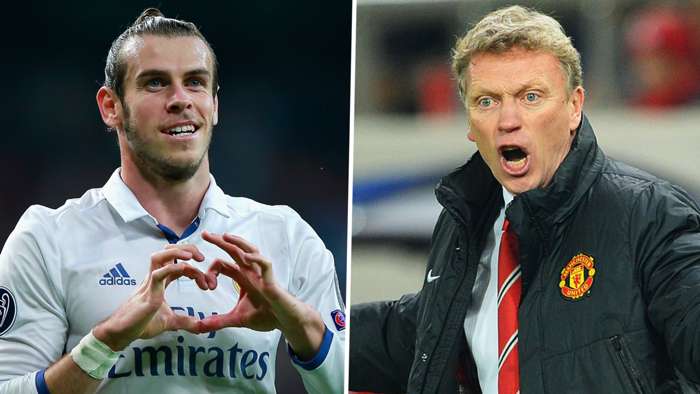 David Moyes has admitted there was a "chance" forGareth Bale to joinManchesterUnited at the start of his Old Trafford tenure, but saidthe Welsh superstar made the right decision to joinReal Madrid.

Moyes revealed Bale was the first signing he tried to make at Man Utd and that he thought the club had an opportunity to beat Real Madrid to the player's signing.

But Bale ultimately followed through on a move to the Bernabeu - where he won four Champions League titles - and Moyes feels the attacker clearly made the right decision.

"United have a great history of wide players with George Best up to Ryan Giggs and a wholelot of other brilliant ones in between.

"We did everything we could to try and get the player. We even had a helicopter at the training ground to take him and bring him back. We thought we had a chance. But he chose real Madrid and he made a brilliant decision because he went on to win four Champions Leagues. He’s had a brilliant career."

Bale joined Tottenham on a season-long loan deal from Real Madrid last month but has yet to make an appearance as he attempts to build his match fitness.

He spent six years at Spurs from 2007 to 2013 after developingand playing his first professional season with Southampton.